Water Flows into the Sea 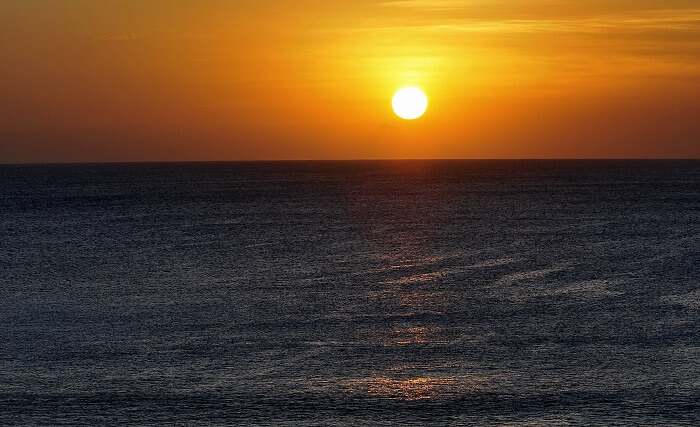 The Zen Buddhist Zhongfeng Mingben (1263-1323) was an outstanding master during the Yuan dynasty (1279–1368). When Emperor Ren Zong was a crown prince, he called him Master Fahui (Dharma Wisdom). And when the ascetic died, Emperor Wen Zong granted him a posthumous title of Master Zhijue (Awakening with Prajna).

One day, a monk called upon the master for tips on key points of the Dharma, asking, “Bhadanta, where does life come from?”

The master replied, “Water flows into the sea.”

The monk then asked, “Bhadanta, and where does death go?”

Replied the master, “The setting moon does not leave the sky.”

To the question of where life comes from, why did the master say that water flows into the sea? According to Buddhist principles, the flow of water is a metaphor for appearance, while the sea is one for nature. In the enlightenment of saints, we see the nature of such a water flow: “It is not moving, serene as it is.” And since it has no form, water itself is not susceptible to the perception of ordinary people, nor a description of its conception. In its Buddhist definition, this nature is called true suchness of the Dharmas, that all things are true suchness in nature. In terms of sentient beings, it is a Buddha nature that does not increase with saints nor decrease with ordinary people, as all saints and ordinary people are beings that take Buddha nature as their own nature.

Moreover, if one looks at water flow with a perspective of ordinary people, you will see the appearance of water movement, day and night, in dribs and drabs or torrents, all the way to the sea non-stop, playing in truth a fine Buddhist concerto of “all things impermanent”.

Now, let us not dwell on where life comes from, but for a moment consider where water originates. First of all, it exists because of a cluster of mutually dependent karmic conditions, much like a web where every piece of thread connects with another. If one pursues a thorough inquiry, he soon finds that it is not possible nor advisable to try to name one direct, single water source. At the same time, one may also say that the source of water is something without a source. On the other hand, water penetrates everything, sometimes converting into steam and ice. Consequently, it follows that its destination is something with no end point. Besides, water has a form given to constant change and impermanence, just as the sea ebbs and flows, while its physicality remains constant and absolutely clean.

As for where death goes, the master’s reply was “The moon does not leave the sky”. Indeed, all things have a cycle of formation, existence, decay and extinction, just as weather can be sunny or cloudy, the moon waxes and wanes, and humans go through birth, sickness, aging and death. Accordingly, all life and inanimate things are ever changing and nothing but change is constant. Buddhists call this law of nature “impermanence of all things”. Everything in the universe, whether sentient or insentient, arises with karma and ends with karma. All Dharmas, hence,  are in constant change and  changing non-stop.

When one life of a sentient being, then, moves to decay and dies, where does it go? Buddhism maintains that except for those who attain sainthood through practice, ordinary people live from life to life in a cycle of transmigration. Such is the meaning of the master’s metaphor about the moon not leaving the sky, as from time immemorial the moon has not fallen out of the sky.

Secondly, according to tradition, Sakyamuni Buddha gave a wordless sermon on Gṛdhrakuṭa Mountain by holding up a white flower and admiring it. No disciple in the audience understood him except Mahakasyapa, who smiled. Thus, transmission of wisdom about the ineffable nature of tathata (i.e., suchness) happened without words and he was later considered the first patriarch. Admittedly, Zen Buddhism does not rely on words in speech or writing, so that students, through unique interaction with the master, discover their own Buddha nature.

Therefore, every time a student asks Zen masters about transcending life and death, and cultivation leading to enlightenment, for example, of such questions as “What is the significance of Bodhidharma coming to China?” and “All Dharmas come from one, but where does the one come from?”, as a rule they do not give a conceptual or logical answer. Instead, they tend to respond by yelling, cudgelling, giving an irrelevant answer, or simply leaving the student. What they aim to do is to inspire the student to immediately extinguish any idea based on verbal and logical thinking, and abandon their dependence on language, to see the nature of suchness that they have in them. Here, we see that a master could appear to be surprising, absurd or irrelevant, in a way to guide his disciples into enlightenment where they see all forms as no form, and see the tathagata, as indicated in The Diamond Sutra.

Thus, the couplet “Water flows into the sea. / The setting moon does not leave the sky” that the Zen master Zhongfeng Mingben uttered may have just been one he used to challenge the visiting monk’s wisdom.

I hope that all our knowledgeable readers will join us in attempting to fully understand this weighty couplet.