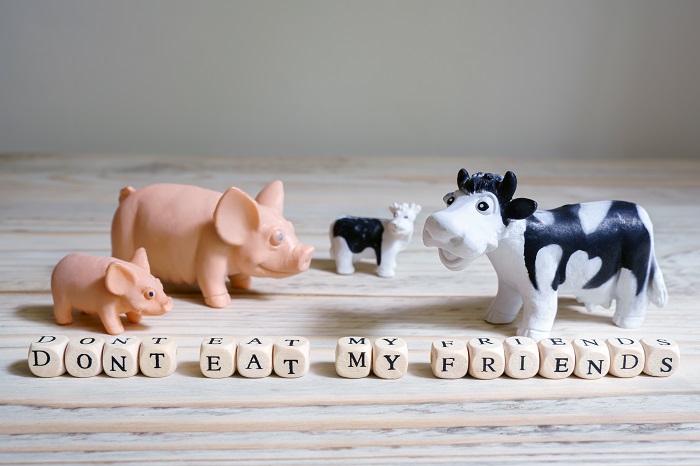 None of the karma which sentient beings commit
will be forgotten after hundreds of kalpas.
Once causes and conditions are momentarily in harmony,
consequence is promptly levied as it should.

According to Master Zhuhong (1535-1615) of the Ming dynasty (1368-1644), in Xixiang, Guixian county of Guangxi province in southwestern China, there once lived a woman known as Auntie Zhang. Compassionate and friendly, she never hurt animals.

One day, a hunter was chasing a young deer, which bolted into her house in panic. Auntie Zhang hurriedly covered it up in rags so it would not be found. The hunter arrived but on seeing no trace of the deer, he turned and left. Immediately, Auntie Zhang let the deer go. But the fawn seemed to understand what she had just done, and while leaving, it repeatedly nodded to her as if in gratitude.

Then in the spring of the following year, a young deer suddenly appeared one day in her courtyard. It picked up her two-year-old son with its budding antlers and dashed out into the fields. There it left the boy and disappeared. Hearing her baby crying, Auntie Zhang rushed to his side and held the boy in arms. Just at that moment came a loud bang, and she was shocked to see her house crumpling right before her eyes, under the weight of a falling gigantic tree that used to stand behind her house. The walls and beams buckled, with all the poultry on the property crushed to death.

Once the shock was over, Auntie Zhang realized that the deer had a premonition of disaster, and had put its life on the line to save her baby in order to repay her kindness. From this, it can be seen that when Auntie Zhang was given to compassion, it benefited animals, so that the lives of mother and child were saved because of the good karma she had made.

And, according to Qing dynasty (1636-1911) scholar Ji Xiaolan (1724-1805), in Min’an town, Xinzhen county of the country’s northern Hebei province, the magistrate’s wife was sleeping in a boat at noon one day when she dreamed of her deceased daughter being captured to be killed, and heard her daughter crying in pain. The woman woke up in horror, and recalling the dream, she believed that everything she had dreamed was happening on the next boat, and so she told a maid to go and check it out. Sure enough, someone was slaughtering a piglet there on the neighboring boat, a knife had pierced its throat and blood was dripping into a basin. The piglet having its front and rear trotters tied, the scene was eerily the same as in her dream, except that in the latter it was her daughter’s legs tied with a rope and her hands bound with red tape. Convinced that the little pig was a reincarnation of her deceased daughter, she paid for its carcass for a burial.

It turned out that the magistrate’s daughter had passed away at the age of sixteen, and when alive she was sweet and gentle. But she had one particular indulgence. She liked to eat chicken, and to satisfy her appetite one chicken was cooked every day. Thus, every year hundreds of chickens were slaughtered. Apart from this excess, she did no other evil deeds. Being short-lived and reincarnating into the animal realm was the karmic retribution for her excessive killing.

Ladies and Gentlemen, as Buddhist scriptures tell us, all who kill and accrue major evil karma descend into hell after death. From there they end up in the pathway of beasts. If ever crossing paths with those beings slaughtered by them, and given the necessary conditions, they have to suffer the ultimate karmic consequence and repay the debt they owe from taking lives. And without being expiated for remedial merit, some may not be able to escape the beats’ pathway life after life. What a miserable predestination! After all, would this not put people on their guard with total awe and veneration?

If one could put themselves in the shoes of all other sentient beings at all times, and truly understand the grievances, misery and agony those murdered go through, thus repenting of their sins and resolving to abstain from further killing, and if they could recite the sutras with reverence to Buddha, release animal life and do other good deeds while redirecting all merit to their enemies and creditors, so that they make beneficial merit for them and forge good karmic bonds in resolving past grievances, they may hope to be metered less severe retribution than deserved. Otherwise, once karmic reprisal is due, to repay with one’s life for taking a life, who else could they have to blame?

To all those present, it is best for you to abstain from killing and release animals, and not to be involved in their slaughter ever. Those who hunt or angle too get their joy on the backs of the poor animals in suffering. How could they have the heart to do it? A saying goes, “Good will be rewarded with good, and evil will be punished with evil. If not punished, the hour has yet to befall.” Taking lives for selfish reasons will surely be penalized in retribution.