Being Vegetarian: An Exchange of Ideas 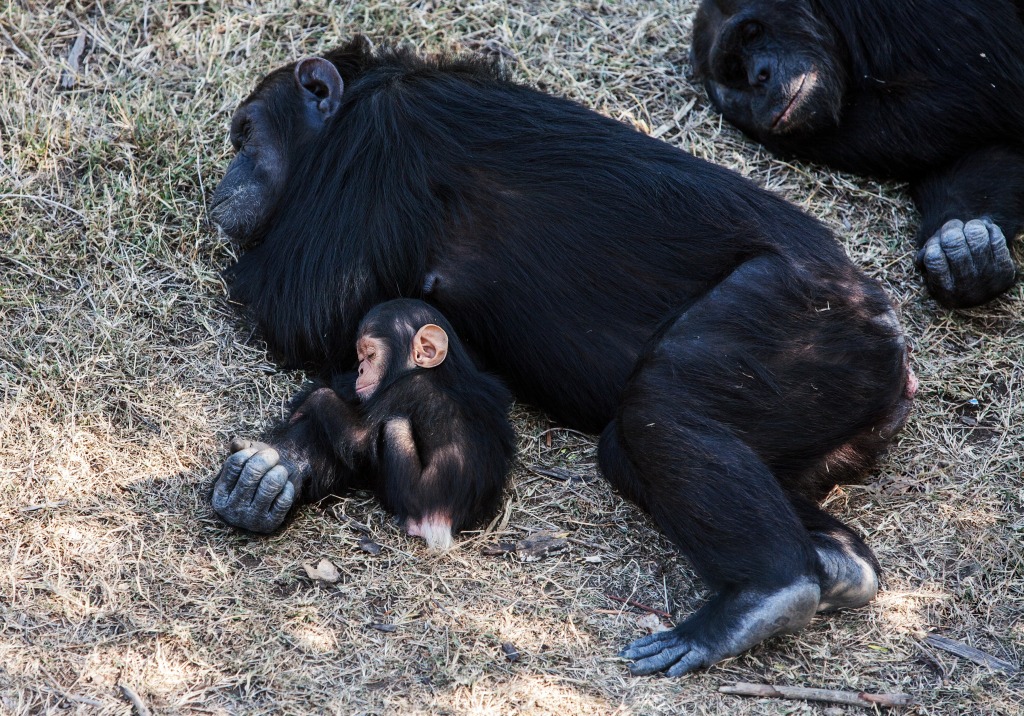 A few days ago, in the Five Contemplations Mess Hall of the International Buddhist Temple, we had a discussion with a group of visitors about vegetarianism and abstinence from killing.

One in the group professed no interest in being a vegetarian, “If chickens, ducks, pigs and cows are not slaughtered for food, these livestock will keep reproducing, until they clog the world to bring humans many problems.”

Another pointed out that this way of thinking was self-contradictory. “When you say that domestic animals would fill the world and pose too many problems if they were not slaughtered, then, how do we not see the world laden with phoenixes and unicorns?! And yet since ancient times, humans have not slaughtered them. Humans do not kill cats or dogs, and we don’t see them fill the world either. In fact, animals have their own laws concerning germination, existence, decay and extinction, and natural harmony exists among them regulating mutual accommodation and complementation. They do not fill the world even though humans don’t kill them.”

Then, a young man protested, “But if you don’t eat meat, your body won’t have enough nourishment or energy. A weakened physique wouldn’t help get things done!”

I do not quite agree with this view. We monastics eat a vegetarian diet every day, and the nutrition we get is so rich that our energy level is not any lower than the meat-eaters’, and physically we are just as robust. Every day we get up at 4:00 am for the morning chanting. During the day, we narrate and recite sutras, practise meditation, welcome guests and do other chores, and we are busy with food, clothing, housing and transportation and other logistics. At night we have evening services. Thus, on average, we have a mere six hours of sleep every day, and the physical and mental energy required of us is no less than that of ordinary people. So, how could anyone say that keeping a vegetarian diet will not give them enough nutrition and energy to carry on their daily activity?

Elephants, camels, cows, and horses are all herbivores, and yet they have more stamina than many carnivores. Therefore, physical strength does not come from meat consumption.

Moreover, while meat may be nutritious, it could contain toxins. When animals are about to be butchered, their hearts are filled with fear, panic and resentment. The long hours of tiring transportation, the abattoirs’ filthy, smelly environment and the poor food they are fed, all leave them in a semi-conscious and starved state, and thus by this time, their physical cells and mental constitution are less than sound, which make them prone to carrying viruses. Plus, once they are slaughtered, some butchers may not apply immediate refrigeration. That is how meat products may contain toxins.

Another tourist chimed in, “My religion believes animals are soulless. Since they have no soul, why can’t they be eaten for food?”

Without hesitation, Hu, a layman working at the temple, objected, “All sentient beings have souls and can become Buddhas. Animals are no inferior to humans in spirituality, and often, their sincerity is even more profound than humans’!”

Still another visitor retorted, “Humans have ethics and morality. Do animals have any? And any fact to prove that they are spiritual?”

At that moment, I jumped in with my comments. Over the centuries, there have been more than a few unofficial historical accounts of animals exhibiting ethics and morality. Among them, the best documented with the most thorough citations is Even Animals Behave This Way, a book written by Xu Qian (1776-1864). The author, a well-read imperial astrologist of the Qing dynasty (1636-1911), compiled many commendable deeds attributed to animals, which he divided into chapters on piety and friendship, loyalty and righteousness, martyrdom, compassion, caring for orphans, nostalgia, faithfulness, integrity, supporting good deeds, rescues, repaying kindness, redressing grievances, foresight and sensibility, and wisdom. A total of 167 accounts in fourteen categories all praise the spirituality of righteous animals. I mentioned three of them during the discussion, to fuel the visitors’ thinking on animal spirituality.

During the Three Kingdoms era (220-280), Deng Zhi, a hunter, caught a glimpse of a monkey returning to her cave holding a baby monkey, and he shot the grown primate with an arrow. This apparently aroused filial piety in the little one, which plucked the arrow out of its mother’s body, licked its wound, and picked leaves to plug the laceration. The mother, however, died nonetheless, with the young animal staying beside it howling. The scene greatly moved Deng, who snapped his bows and arrows and pledged never to hunt again.

Bats recognize their mother through smell

Xianyu, a woman in Meizhou, Sichuan, fell ill and had bat as an ingredient to mix in her medicinal soup. When she was about to take it, dozens of little bats gathered on the beam underneath the ceiling. Apparently, they came following their mother’s smell. Seeing it, the woman’s family were all in tears and vowed not to use animal flesh in medicine ever again.

The poet Dai Yuanyu once witnessed a hunter kill a flying wild goose, while another hovered in circles and wailed for a long while mourning its companion, until it dropped dead too. Dai later bought two wild geese and wrote a poem to eulogize the birds’ fidelity. When his pet geese died, he buried them in a nearby dirt mound and named it the Geese Mound.

Buddha says that all sentient beings reincarnate in the six pathways since before the beginning, into parents, brothers, wives and children, other family members and friends with each other. If one slaughters animals, will they not likely be killing those who in previous lives could have been their relatives and friends, as listed in the traditional Five Cardinal Relationships (see Note 1)? And in doing so, will they not likely be immoral by violating the Eight Virtues (see Note 2)?

Lankavatara Sutra points out, “Since before the beginning, all sentient beings have never ceased to transmigrate through life and death. They have not stopped being parents, brothers, other male or female family members, and even friends and lovers…… and then in another life reincarnating into birds and beasts. So why take flesh from them for food?” “Bodhisattva mahasattvas regard all sentient beings as family and relatives, and with compassion as a child does. Therefore, one must not consume meat.”

With seeming assurance, one visitor refuted, “As the saying goes, it’s better to be honest and upfront than eat vegetarian food. As long as one has a kind heart, why do they have to be vegetarians? Besides, animals are killed by butchers, and we just buy meat in the market”.

Han, an elderly lay Buddhist who had witnessed the misery of cattle being slaughtered, offered his thoughts. “Because there are people who eat meat, so there are butchers who kill animals. Master Lian Chi (1535-1615) says, ‘To take their lives and eat their flesh, of words such as barbarity, cruelty, malice and disgust, which one is the worst? Where then goes kindness?’ I once witnessed the cruelty of cattle being killed in a slaughterhouse. Three butchers led a cow to an empty space, two of them held up its head, the other slammed a hammer down on its forehead, and the cow instantly fell to the ground. Then, one of them held a sharp knife, over a foot long and shining, and thrusted it straight into the animal’s heart underneath the throat. He wiggled the knife a couple of times, with blood gushing out along the blade. A man took a basin to hold the blood and when it was filled momentarily, he poured it into a bucket, and repeated three to four times. By now, the cow was stretching and flexing its legs in desperation, its eyes bulging and its mouth gulping for air. No idea how much longer it struggled before breathing its last.

“After a few minutes, the three butchers led in yet another cow, much as it refused to enter, with tears streaming down its eyes. But as the butchers dragged and pushed it with force, they managed to move it to an open area and, all of a sudden, the hammer dropped, and it immediately collapsed. The men repeated the procedure as they did with the last cow. Witnessing all this cruelty, it was so harrowingly overwhelming and my pulse was racing so fast that I felt as if I were in hell. I started to cry loudly but at the same time remembered to chant ‘Namo Bodhisattva of great compassion and mercy! The misery averting Avalokitesvara Bodhisattva!’ in quick succession, before I dashed out and bolted home. I swore not to eat meat ever again and vowed right then to keep a vegetarian diet only.”

With some lingering fright, the elderly gentleman took a breath before continuing, “Lankavatara Sutra says, ‘Anyone who kills is most likely eaten by other humans for food. If no one eats meat, there will be no killing. Therefore, eating meat is as sinful as killing’”.

Right then, the sonorous cloud-shaped board sounded, wafting with soothing echoes throughout the neat, solemn mess hall, and helping dispel the shocking slaughterhouse images and memories in the minds of those present. It turned out the day supervising monk had already sounded the wooden tile, as a signal for the gathering to get ready, and so now he was hitting the cloud-shaped board to summon the assembly for the midday meal. (Before the sangha and sometimes a congregation enter the mess hall, the wooden tile first sounds three times as a precursor, and then the cloud-shaped board is struck to initiate the mess ritual.)

When the bowl in front of each individual was filled with vegetarian dishes, in tune with the chiming, the karmadana master raised a starting tone, and all put their palms together to join in the chanting the Offerings Mantra. Amidst peaceful chimes and chants, our discussion thus came to an end.

Note 1: The Five Cardinal Relationships, as defined in Confucianism, are those between ruler and ruled, father and son, husband and wife and between brothers and friends.

One response to “Being Vegetarian: An Exchange of Ideas”