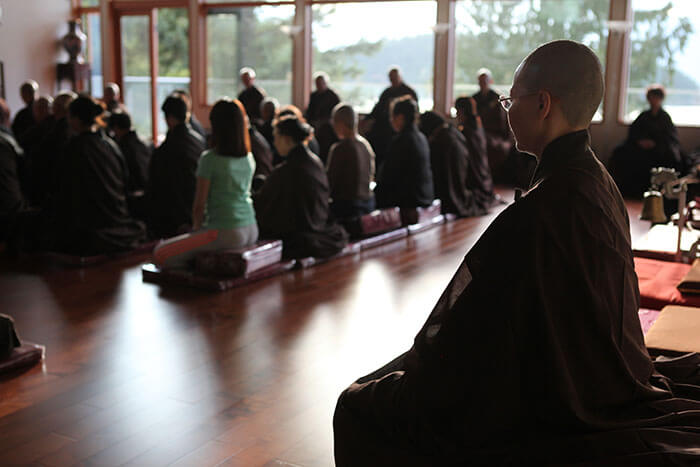 Finding a meditation center in your area is hardly a challenge these days. They’re everywhere. There are even smartphone apps for it. With mindfulness studios and workshops springing up in major cities like New York, San Francisco, London and Hong Kong, it’s no wonder why this ancient practice has gone mainstream in our current era.

Much has been done by media and the medical community to showcase its benefits. Mainstream culture has popularized meditation as a simple, cheap, no-frills approach to improving your health and mental well-being, arguably much better than shelling out thousands of dollars for prescription drugs or long therapy sessions with a psychiatrist. There is also a plethora of scientific and medical studies that extol its many health and stress-reducing benefits. The medical evidence is certainly convincing. It also accounts for why it has caught on so quickly in the secular sphere – those holding to no religious faith or tradition. But with all the hype about people blissing out and getting “free, drugless highs” from their meditations, one can’t help but wonder whether meditation is really what it is made out to be in the media and popular culture.

How It All Started

Meditation has its roots in the east and dates back millennia. The earliest written records of meditation come from the Vedic scriptures in India, which places its origins at around 1500 BCE. While the meditative tradition continued to flourish in India for centuries, even spreading to Mesopotamia and China in its formative years, it wasn’t until the Buddha’s enlightenment in 6th century BCE and subsequent written records found in the Buddhist Pali Canon in 1st century BCE that meditation began to play a prominent role in spiritual tradition and practice. The word for meditation in Sanskrit is bhavana which means developing or cultivating. The essence of meditation lies in developing the mental qualities that free the mind of its ignorance and delusion, which form the basis of the suffering and insecurities of life experienced in Samsara. Samsara is a Sanskrit term that means “wandering”. It refers to the world in which we live: an endless state of wandering through cycles of life and death.

Not a Walk in the Park

The Buddha underwent six years of ascetic practice before he achieved full deliverance from Samsara and resolved the perennial problem of suffering. From the sutras and his teachings, we know that the path to his awakening was hardly a smooth sail, but one fraught with many trials and hardships. Even at the end of his journey, in the critical moments before his supreme awakening, he was forced into a final confrontation with his mental defilements of craving, hatred and delusion. When he finally severed his last remaining strand of attachment to this world, he realized the true nature of reality and became fully enlightened as the Buddha. The noble eight-fold path was his way. Heedfulness and perseverance, among others, were his valuable companions. For the Buddha, the path wasn’t at all about pursuing eternal glory or divine bliss. The path was a raw and intimate process of self-discovery, a profound investigation of the nature of mind and a brave unraveling of the mysteries of human suffering.

Jack Kornfield, a renowned meditation teacher in the west, in his book A Path with Heart wrote, “True maturation on the spiritual path requires that we discover the depth of our wounds: our grief from the past, unfulfilled longing, the sorrow that we have stored up during the course of our lives.” His teacher, Ajahn Chah, put it more bluntly, “If you haven’t cried deeply a number of times, your meditation hasn’t really begun.”

Contrary to popular belief, meditation is not just about entering into blissful trances to make you feel good about yourself. Yes, with enough practice, these states will come, but there’s more. At its very core, it is a courageous endeavor to confront our deepest wounds and fears. It is the willingness to open up our hearts to embrace the full force of our destructive emotions and inner conflicts. True meditation is a softening of the heart, a breaking away of the thick crust of painful and conflicting emotions that conceal the core of our being. It is the work of cleansing our deepest emotions and attachments. This cathartic process, before being complete, must be repeated over and over again, each time shedding a deeper layer of ignorance that obscures the natural luminosity of the heart. In Chan Buddhism, it is commonly referred to as “the all-embracing death” (大死一番), death not of the physical body, but of the self-made delusion of existence. It is death followed by renewal, repeated until we completely shed all ignorance binding us to Samsara.

A Brief but Closer Look

When we train our minds through meditation, we are plumbing into the depths of our deepest and most troubling emotions and habits. As this process unfolds, we will often see things we never knew we had. There may be intense feelings of grief, anger, fear, anxiety and unfulfilled desires that had been largely hidden from us in the past, but are the source of our lingering sadness and disappointment with life. Meditation gives us a safe, controlled mental environment to dredge up these old emotions and memories and to investigate them under the microscope of loving-kindness, awareness and understanding. It allows us to deeply experience the rawness of our emotional energies, unsullied by the story lines we are accustomed to giving it, and to clearly see the nature of all things created by our minds. When we realize, not through intellectual analysis, but through experiential understanding, that the fundamental qualities of our emotions and thoughts are unsatisfactory, impermanent and without a self, there is a profound transformation that takes place that releases us from our deepest conflicts and wounds.

The Best Way Out is Through

Meditation, in its true form, is not only a self-improvement tool used to bolster self-esteem or to calm your mind. Rather, it is the fearless path of developing qualities of the heart that help us to embrace, with love and understanding, our most difficult wounds and sorrows. Rather than running away from our difficult emotions, meditation allows us to confront them head-on, with unremitting courage and perseverance, opening them up long enough in the warmth of our embrace to see their true nature. This is the essence of Buddhist meditation, and the path leading to true happiness and freedom.

2 responses to “Debunking the Myth of Meditation”