Do Animals Have Spirituality? 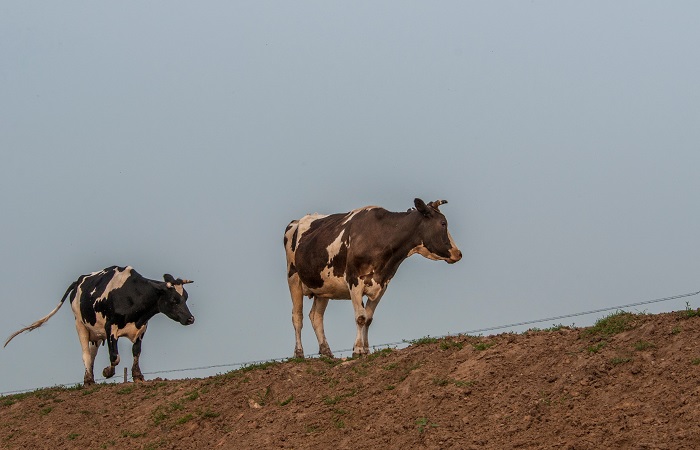 A friend asked, “Why should believers in Buddhism be vegetarian? My religion believes that animals have no spirituality. If so, why can’t they be killed and eaten for food?”

Gentle readers, do not make light of slaughtering animals and eating their meat. It is important to know that of all evil karma, killing is the worst. Brahma Net Sutra tells us that carnivores cut off their seeds of great compassion. Buddhism, indeed, captures all good practices with compassion and mercy. Compassion means loving sentient beings and bringing them joy, and mercy means taking pity over them and removing their suffering. Further, compassion and mercy apply to all sentient beings including animals, and so no killing is upheld as one of the fundamental Buddhist precepts. Practising vegetarianism is thus an embodiment of Buddhist compassion and mercy.

Buddhist scriptures point out that unintelligent as they may be, animals do have spirituality and Buddha nature. In fact, they can all become Buddhas (see Note 1), and their spirituality is no different from that of humans. Over the centuries many unofficial histories have recorded animal stories to instill morals. Among them, the one that collects the most and gives the best citation is Even Things Act Like This, written by Xu Qian (1776-1864) of the Qing dynasty. In his book, the well-read author compiles tales of good deeds involving animals, in praise of their righteousness and spirituality. It contains a total of 167 anecdotes, two of which are paraphrased below to share with the readers.

A calf’s deep affection for his mother

In eastern China’s Muyang County, a butcher named Wang slaughtered cattle. One day, after he bought two cows, a calf and his mother, he was getting ready to kill the cow first. He tied her up with a rope and began to sharpen his knife, when he heard someone knocking on the door. He put down the butcher knife and went to answer it.

Just then, before anyone noticed, the young cow quickly picked up the knife with his mouth, rushed out to a neighbour’s farmhouse and banged on the door with his horn. Farmer Sun came out and saw the calf with a butcher’s knife half in his mouth and only the other half was visible. The young cow kept moaning at Sun with tears streaming down his eyes.

In the meantime, as Butcher Wang could not find his knife, he came running after the young cow. When he saw what was happening, the butcher immediately understood that the calf, not wanting him to slaughter his mother, had started to swallow his butcher’s knife while trying to get help from the neighbour. And the farmer, now filled with compassion, decided to save the mother cow and his loving son by purchasing them from the butcher for double the price.

Next, Farmer Sun brought the mother cow home, and the calf knelt down wailing, as the cow tenderly licked his face. By then, the calf had swallowed all of the sharp knife into his stomach and there was no way to extricate it. Everyone thought that the young cow would die soon, but after a few days, nothing had happened. These two cows went on to farm the fields harder than his other cattle. About two decades later, the cows died in tow. And after cutting open the calf’s belly, the farmer found that a thick sac had formed in his tummy to tightly wrap the knife.

My friends, we have a Chinese saying, “Deep affection for the calf” that praises the love between cow and calf. It indicates that animals are spiritual. How could one bear to slaughter them and eat their flesh! Lankavatara Sutra says, “All sentient beings come from a past with no beginning and transmigrate ceaselessly in reincarnation. All have been parents, brothers and other family members of men and women, and even friends, and all are apt to be reborn as animals. So why take animals’ lives and eat them? Bodhisattva mahasattvas view all sentient beings as relatives, with compassionate thoughts to them all. For this reason, one should not eat any meat.”

Humans and animals reincarnate into each other in their past, present and future lives and may eat one another in turn. Today, you eat 500 grams of animal meat, and another day you will have to return half a kilogram of your own flesh. Karmic retribution never misses an iota.

A monkey died in devotion to his owner

During the Ming dynasty, there was a beggar in Nanpo village who kept a monkey. He trained him to perform a puppet show in the market. With the tips earned the man was able to feed himself. For more than a decade, the beggar and monkey depended this way on each other through thick and thin.

Then, gradually, the beggar became elderly and less mobile, and could no longer take the monkey to the market to perform for money. The monkey, however, was smart. He went to the market by himself nonetheless, and with his puppet tricks continued to earn money to feed his owner. The villagers got to know this, and everyone gave food for the monkey to bring home.

This went on until the day the sick beggar died. With money and food he had earned from performing that day, the monkey walked to a coffin shop in the market, where he jumped up and down and yelled for quite a while, unwilling to leave. The coffin maker found it weird and sent someone to follow the monkey home and find out what was happening. Having then learnt that the beggar, the monkey’s owner, had already been dead for some time, the shop owner felt moved by the monkey’s loyalty to his master, and decided to bury the beggar and pay for the cost.

As the shop merchant was burning paper money together with the beggar’s belongings, the monkey held a piece of cloth in his hand and howled. He then set himself on fire and burned himself to death. The villagers who saw this found it incredible and, deeply touched by the monkey’s faithfulness to his master, they made a special tomb for him.

Friends, even a monkey could in this way express his deep affection for the owner who had cared for him. Just imagine us humans who think we are the only sentient being with spirituality. Our parents have raised us all the way from infancy, but how do we return the grace from them?

The righteousness with which this primate demonstrated his devotion to the master is in no way inferior to that our patriotic martyrs have exhibited over the many dynasties, and hence we know that animals are indeed spiritual.

Note 1:  Becoming a Buddha, in simple terms, is realizing the truth of the universe, eliminating all mental suffering, obliterating all ignorance and transcending the cycle of life and death to eventually reside in the joy of Nirvana.