Fate Lies in Your Own Hands 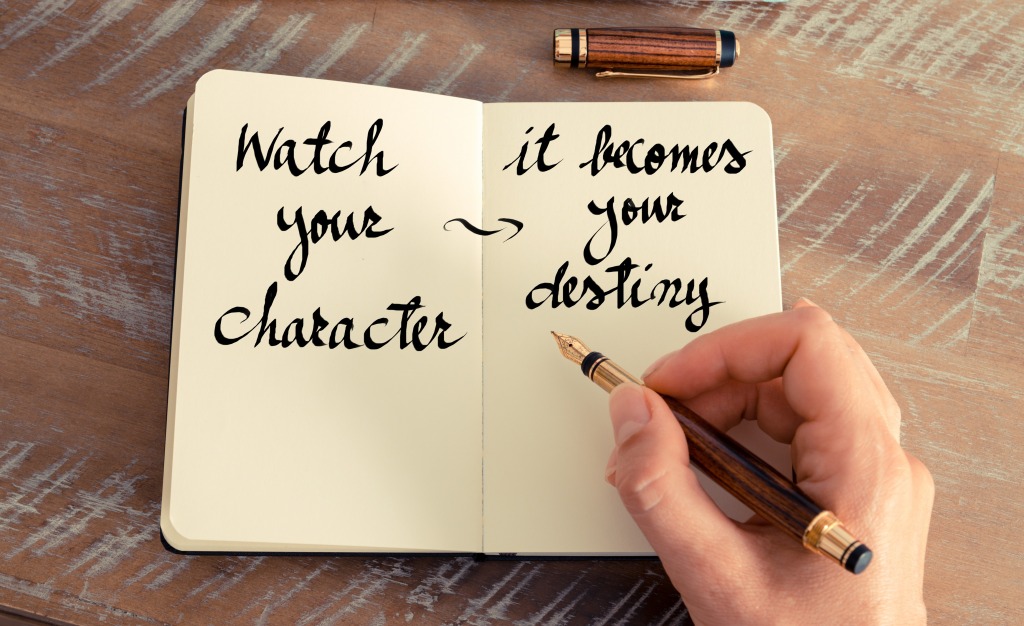 People in general are more concerned about themselves than about anyone else, especially their own fate.

Some assume that they are dealt a bad lot in life, and blame heaven or other people. Others believe that since everything is decided by heaven, they need only accept what is given and not work hard to improve their destiny. Most people straddle in between.

Those fond of astrology and numerology like to quote this rhyme to prove that everybody’s path in life is predestined. “Either the young are lucky like Gan Luo or the elderly are fortunate like Tai Gong the Revered,” it goes. “Shi Chong was wealthy and Fan Dan was wretched. Peng Zu enjoyed longevity but Yan Hui was short-lived. The fortunes of these six were all dictated by the Five Elements.” As it happened, Gan Luo became prime minister for First Emperor when he was twelve years old while Taigong, the ambitious strategist Jiang Ziya (ca. 1128 BC – ca. 1015 BC), met King Wen of the Zhou dynasty at eighty, which heralded for him an extremely outstanding political career. Shi Chong (249-300), a government official, hoarded riches and indulged in debauchery and dissipation. Fan Dan (112-?), a lowly bureaucrat, was so down in luck that he had no rice to cook and died in abject poverty. Peng Zu, one of ancient China’s foremost Taoists, knew how to care for his health and is known to have lived 800 years. In contrast, Yan Hui (521 BC-481 BC), a Confucius’ disciple, lived a simple life and died relatively early. The destinies of these six historical figures had all been determined each by their own birth star, so they say, in relation to the five elements of metal, water, wood, fire and soil in their zodiac numerology.

On the other hand, Buddhism maintains that no human affair is exempt from the principles of cause and effect and dependent origination, including those involving joy and sorrow, reunion and separation, longevity and being short-lived, wealth and poverty, and success and failure. Whether a rich official or a poor street vendor, no one gets preferential treatment under the pervasive causal law of “Good rewards good, evil breeds evil”. Causality is not a religious precept. Rather, it is something of a universal ruler within everyone’s mind that measures part of their own destiny each and every day.

Gentle readers, human beings’ destinies are in reality not predestined. If we do good whenever we could, our otherwise adverse “destiny” might be greatly improved. Cause and Reward in Three Lives has this to say, “If you want to know the causes from the past life, they are what you receive in this life. If you want to know the rewards for the next life, they are what you do in this life.” Thus, all that one encounters in this life, good or bad, is a consequence of their behaviour in past lives, and every word and deed one commits in this life determines their future live paths. Further, our destiny changes from time to time following karma, and is not subject to one single specific overlord. Indeed, the one in control of an individual’s fate is that very person himself.

In An Ancient Mirror for Moral Education, there is a story about two scholars born on the same day, in the same month and year, at the same time and in the same town. Later, both passed a national examination for civil service and both were assigned to official duties, one in Ezhou and the other in Huangzhou. They also promised that in an event of prosperity or misfortune, they would inform each other, to verify whether beliefs in birth numerology and astrology were truly reliable.

A few years had passed when the official in Huangzhou suddenly died. The one in Ezhou went to mourn him, saying to his coffin, “Brother, you and I were born at exactly the same time and place, and we started in the very same town. Yet now you’ve died before me. Doesn’t this say that our predestined fate is not reliable? Except, why have we had the same careers and same fortunes until now? If you were ever sentient, please put me wise”.

That same night, he dreamed about his Huangzhou counterpart telling him, “You and I had had the same karma from previous lives, and thus our fortunes in this life should have been the same, except that when I was alive, I enjoyed vanities and lusts so much that without nurturing new ones, I exhausted all the blessings accumulated over my past lives. That’s why I died early. As for you, you lived a frugal, well-disciplined life, and so your life span is different. One should remember that all the food, clothing and wealth one enjoys are granted by their past karma and there is a finite amount. For example, with a thousand taels of gold, one person uses one tael a day and the gold will last three years. Another spends ten a day and will use it up in a hundred days. The more extravagant one gets, the sooner the gold lasts. You have increased your fortunes and longevity by helping the poor go to school and set live animals back to nature. That’s why we were born at the same time and in the same place, and yet our fortunes are different. I hope you will use our experiences to warn the world. If you do, I may as well reap some merit by alerting you in your dream, and somewhat alleviate my own sinful karma. Please cherish my words!”

No doubt, moderation is the key in enjoying daily-life resources, and at any rate there should be no squander, lust or extravagance. Ksitigarbha Sutra reminds us, “Do not be guilty of a sin, however slight it is. The perpetrator bears its consequence after death, correct to an iota. Whether father or son, close relatives follow their individual life path. Even if they meet in another life, each does not take the place of another.” No sentient being is able to live beyond the confines of causality. Extravagance and licentiousness are the sources of all evil of this world, and yet these two things are what the world’s hordes go after, the former close to greed and the latter equivalent to taking lives. Much of the harm and evil done in this world originates in either money or sex.

Friends, the karma created by an individual’s behaviour naturally produces consequence once causes and conditions meet. Therefore, if we hope for a productive, happy life with a promising future, we must start by improving our own conduct, so that we could turn ill fortune into blessing. Fortune or misfortune, it is all in our own hands.

Only you may change and create your own destiny.