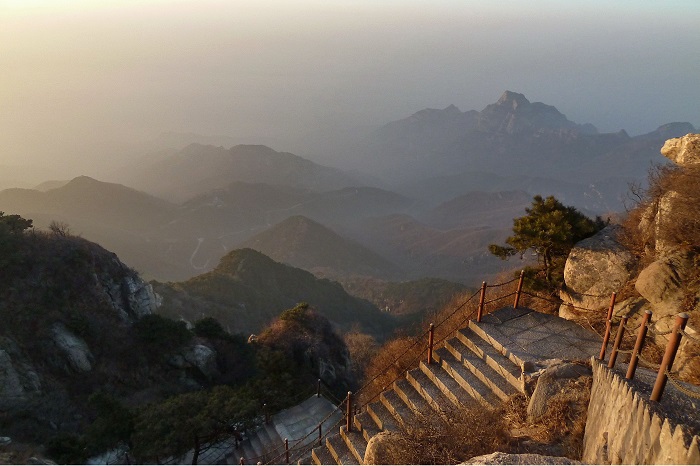 A few days ago, I passed by a vegetarian restaurant and saw a shelf full of Buddhist texts outside the place.  These canonical books were left there, covered with dust and stained by the rain, on the pavement beside a busy road.  Two Buddhists, with prayer beads in hand, picking and choosing books from the shelf meticulously.  One holding a book in hand and grumbled, “Over these two months, there’re nothing new but the Diamond Sutra, the Heart Sutra and the Great Compassion Mantra!  Why can’t they have some rare scriptures printed?  Those who sponsor the printing should know how to spend their money!”  He then stuffed the book back onto the shelf and left, seemingly unhappy.

I couldn’t help but sigh about this kind of arrogance and disrespect towards Buddhist scriptures!  This attitude may be caused by that more and more people are giving out free Buddhist books.  The circulation network is expanding.  Massive free texts are everywhere:  in Buddhist stores, outside vegetarian restaurants and even in tea shops and folk belief shops.  Customers are at liberty to take what they want.  When they finished reading, they just  put down the books offhandedly on a bed, a chair, a table, a worshipping mat or even the floor.  Wherever that is convenient to them.  The admiration for the precious dharma is gone!  We should know that to realize the dharma, one must be earnest and sincere in their learning and practice.  On the contrary, holding no veneration in thought is the cause of contemptuous deeds of which the effect is beyond imagination.  We must know that sutras are not only the record of the Buddha’s tried and tested path to the “supreme enlightenment”, they are also canons which generations of monastics risked their lives to find and bring back to China.  They are the treasure of human civilization and wisdom!

For many centuries, monastics in the hope to seek dharma, travelled long distances to India enduring hardships, dangers and hazards. Some died on the way in foreign lands.  Some found the journey too hard to bear and was forced to turn back.  And many others perished in the desert or on Pamir Mountains with their names never known.  Only few great heroes survived the journeys and brought back precious scriptures.    Among others, they are Zhu Shixing 朱士行, Faxian 法顯, Xuanzang 玄奘and Yijing 義淨.  Have you heard of their adventures?

Master Zhu Shixing 朱士行 is the first Chinese monk who visited the Western Regions to collect Buddhist scriptures.  In 261 (fifth year of Ganlu, Eastern Han dynasty 東漢甘露五年), Zhu Shixing started from Yongzhou 雍州 (now Shanxi 陝西), passed through Dunhuang 敦煌and zones of quicksand in Tianshan Southern Circuit 天山南路, finally arrived in the Kingdom of Kustana 于闐 (now Khotan, Xinjiang 新疆和田) where he collected the Sanskrit version of Mahāprajñāpāramitā-sūtra (Dapin bore jing 《大品般若經》).  The road to the Western Regions was rugged, rough and dangerous.  With endurance, resilience and faith, Zhu Shixing alone walked over ten thousand miles and collected Buddhist scriptures from the West, being the first for many others to follow.  In Kustana, he copied the Sanskrit text of Mahāprajñāpāramitā-sūtra consisting of 90 chapters and over 600,000 words.  Later on, in 291, (the first year of Yuankang, Jin dynasty 晉元康元年), Zhu Shulan 竺叔蘭and others translated the sutra from Sanskrit to Chinese, that is the Pañcaviṃśati-sāhasrikā-prajñāpāramitā-sūtra (Fangguang bore jing 《放光般若經》).

In 399 (the third year of Longan, Eastern Jin dynasty 東晉隆安三年), Master Faxian 法顯, together with Huijing 慧景, Daozheng 道整, Huiying 慧應and Huiwei 慧嵬, set off from Changan 長安 (now Xian 西安), passed through Hexi Corridor 河西走廊 (Zhangye 張掖—Dunhuang 敦煌—Shanshan 鄯善—Yanqi 焉耆—Shule 疏勒—Khotan 于闐) and climbed over the snowy Pamir Mountains 葱嶺.  Eventually they arrived in India after six years’ travel.  They passed through hot and dry deserts where there was not even a bird or animal in sight.  The occasional dried bones on the sand were the only signposts.  The rugged and rough Pamir Mountains were covered by snow all year round, with only makeshift robe ladders and bridges linking the trails.  Some members of the expedition team fell sick halfway and turned back to China.  Some others lost or died on the way.  Some of those who made it to India chose to stay there for the rest of their lives.  Among the ten members of the team, only Faxian survived and eventually returned to China with Buddhist scriptures.  Faxian started the 6 year westbound journey when he was 64.  He spent another 6 years in India to learn Sanskrit, copy and collect scriptures.  Then he started his homebound journey by sea.  He drifted at sea for 3 years, passed places such as Simhaladvipa 獅子國 (now Sri Lanka) and finally disembarked at Qingzhou, Shandong 山東青州when he was 79.  Master Faxian brought back a lot of canonical scriptures including sutras, vinayas and treatises.  He also translated Mahāsāṃghika Vinaya (Mohe sengqi lu 《摩訶僧祇律》), Mahāparinirvāṇa-sūtra (Da boniepan jing 《大般涅槃經》), Kṣudraka-piṭaka (The Miscellaneous Collection 《雜藏經》) and Saṃyuktâbhidharma-hṛdaya-śāstra (Za apitantan xin lun 《雜阿毗曇心論》) totalling over one million words.

In the epilogue of his work, Records of the Buddhist Kingdoms 《佛國記》, Master Faxian revealed his feelings about the hardships which these monks suffered in their journeys between China and the West.  “When looking back at our journey to the West which was full of predicaments and plights, I still sweat and shiver.  What carried us through the dangers and hardships is probably our straight forward personality and focused intention.  We were willing to sacrifice our lives and hold it till the end even when there is only a slim chance to succeed.”

In 629 (the third year of Zhenguan, Tang dynasty 唐貞觀三年), Master Xuanzang alone set off from Changan.  He travelled through Yumen Pass 玉門關 to Gaochang 高昌and Kucha 龜兹.  Then he climbed over Tianshan Mountains天山and arrived in Suyab 素葉.  Having exited the Iron Gate Pass 鐵門關, he crossed Vaksu River 縛芻河 and climbed over snowy mountains.  Finally he reached the northern part of India.  The whole journey lasted over two years.  Record of Travels to Western Lands《大唐西域記》described when Xuanzang travelled 800 miles across the desert, he once ran out of water for 4 days and 4 nights.  But he was not deterred and vowed that he’d “Rather walked one more step towards the west-sky and die, /Never take one step back to the east-land and live.”  Xuanzang travelled by the Silk Road for his collection of Buddhist scriptures.  It was a ragged and dangerous path.  This is a route with Tianshan Mountains to its the north and Kunlun Mountains 昆侖山to its the south.  The 5000 feet tall Pamir Mountains was towering on its west.  Only those with determination and excellent physique could survive through it.  After Xuanzang arrived in Magadha Kingdom 摩揭陀國in northern India, he studied the Sanskrit language and the Buddha’s teachings including Yogâcārabhūmi-śāstra (Discourse on the Stages of Concentration Practice 《瑜伽師地論》) in Nālandā Monastery 那爛陀寺 under Master Śīlabhadra 戒賢律師.  He stayed in India for 17 years and studied under 15 famous Buddhist masters altogether.  Xuanzang returned to China in 645 (the 19th year of Zhenguan, Tang dynasty 唐貞觀十九年).  He brought back 657 Buddhist scriptures.  Upon return, he recruited students and collaborators and set up a large translation bureau.  He translated 75 sutras, vinayas and treatises in 1335 fasicles into Chinese over a period of 19 years.

Master Yijing 義浄started his journey in 671 (the second year of Xianheng, Tang dynasty 唐咸亨二年).  He set off from Guangzhou on board a ship of Persian merchants.  He sailed pass the Strait of Malacca and the Bay of Bengal.  Eventually he arrived in India.  He stayed in India for 25 years and visited more than 30 states.  He brought back near 400 works in Sanskrit and later translated 56 of them.  Compilation of Translated Buddhist Terms 《翻譯名義集》 recorded a poem written by Yijing on his expedition of collecting scriptures:

Over six centuries between the Jin and Tang dynasties, eminent monks left Changan to pursue Dharma. Hundreds of them departed, less than ten returned. The harshness they endured unbeknown to their followers. The long roads were rough and freezing.  Only the monotonous skyline in view. Sandstorms in the desert blocked the sun and exhausted the pilgrims. Posterities not understanding the aspirations of their forefathers might take Buddhist scriptures all too lightly.

This poem represents the common mind of all these eminent monks.  It is also a sobering blow on those who disrespect Buddhist scriptures!

Buddhism was transmitted to China in the Eastern Han dynasty.  Since then not only were there Chinese monks travelling to the West to collect Buddhist texts, but also Western or India monks (the Hu monks 胡僧) travelling long and rough roads to China to spread dharma.  These monks travelled to China, risking their lives, through the Silk Road, the Tianshan Southern Circuit, the Hexi Corridor or by sea.  They are pioneers who sowed the seed of Buddhism in China.

The first Indian monks who came to China were Kāśyapa Mātaṅga 迦葉摩騰 and Dharmaratna 竺法蘭.  They were invited by Emperor Ming of the Eastern Han dynasty 東漢明帝 to come to China and were escorted to Luoyang 洛陽by his envoys.  Having acquired the Chinese language, they translated scriptures such as the Sutra in Forty-two Sections 《四十二章經》 into Chinese.   Subsequently many other Hu monks came to China.  The followings are some of the significant ones:

Sutra on Mindfulness of Inhalation and Exhalation （Anbo shouyi jing《安般受意經》）, Sutra on the Eightfold Noble Path （Bazhengdao jing《八正道經》） and others

Sutra on Various Metaphors (Zapiyu jing 《雜譬喻經》), Sutra on the Collection of the Six Perfections (Liudu ji jing 《六度集經》) and others

As the saying goes, “Buddhist scriptures and teachers are both hard to find.”  The Buddhist texts in Chinese we now have all came with a heroic and laudable history.  Today when Buddhists hold these invaluable scriptures in hand, can we not be grateful and respect them?