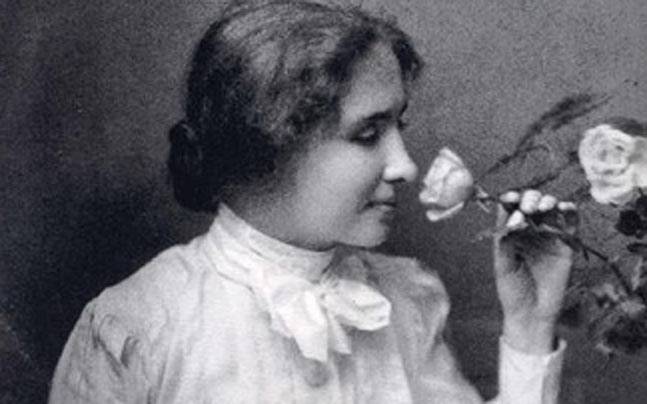 Only the deaf appreciate hearing, only the blind realize the manifold blessings that lie in sight...Make the most of every sense; glory in all the facets of pleasure and beauty which the world reveals to you.”

According to Buddhism, within the six paths of transmigration, humans inhabit the four continents of the saha world surrounding Mount Sumeru: Purvavideha in the east, Aparagodaniya in the west, Uttarakuru in the north and Jambudvipa in the south. Jambudvipa is the place we live in. Of the four continents, it is also where Buddhism is the most thriving.

In these four worlds, Uttarakuru is where humans with the most wholesome karma dwell, whereas Jambudvipa is a place where pleasure is often overshadowed by suffering. Despite this shortcoming, Jambudvipa inhabitants are known to possess a more noble character than the other three. Determined, hardworking and possessing a strong will, they are able to tolerate immense pressure and bear up to all kinds of unimaginable difficulties and challenges.

In the early 20th century, there lived an outstanding person in Jambudvipa, who set a fine example for millions of people to follow. She was the American-born Helen Keller.

Nineteen months after birth, an illness left Helen Keller blind, deaf and mute. Thus, her world became dark, silent, and desolate. Under such a dire circumstance, what hope was there for her to live on and learn?

Many will complain when facing minor setbacks or seeing small physical defects in themselves. They sulk about their bad fate, give up trying to change their circumstances and sink into self-misery. Few can overcome the adversity of being struck with great misfortune in their lives. The ones that, few and far between, do use adversity as a springboard for developing strength and tenacity of character. They are also the ones that achieve lasting success in their lives despite the towering odds.

As one of these rare, exceptional individuals, Helen Keller, unable to hear, see or speak, kept on learning and forging ahead to fulfill her life’s purpose. One can only imagine how challenging her learning must have been. Because she was deaf, she could not hear her teacher; because she was unable to speak, she could not ask questions; because she was blind, she could not read and learn new words. For a blind person, learning normally depends on hearing and touching. Yet since she had also lost her hearing, the only thing for her to rely on was her keen sense of touch. However, with a strong will and unparalleled perseverance, she single-mindedly overcame all adversity.

Helen Keller succeeded in her first step into academia. At the age of eighteen, she was accepted by Harvard College. She graduated in 1904 and became a well-known writer and educator. In creating many opportunities of learning and survival for the disabled, she achieved remarkable results. Her perseverance and unwillingness to yield to misfortune set a great example for many suffering from similar hardships. Among the books she wrote are My Life (1902), Optimism: An Essay (1903), The Song of the Stone Wall (1910), Midstream: My Later Life (1929) and Helen Keller’s Journal (1937).

For those who face adversity at school, work or in their career, when you feel depressed and overwhelmed by despair, you may want to think about how Helen Keller handled adversity. In the depths of the human mind lies infinite wisdom, which is boundless and inexhaustible. The Buddha calls this prajna, Buddha-nature, true mind and absolute truth. Helen Keller was able to access this deeper dimension of life. Have you ever tried to look deeply into your own mind to find this treasure?

Only the deaf appreciate hearing, only the blind realize the manifold blessings that lie in sight. Particularly does this observation apply to those who have lost sight and hearing in adult life. But those who have never suffered impairment of sight or hearing seldom make the fullest use of these blessed faculties. Their eyes and ears take in all sights and sounds hazily, without concentration and with little appreciation. It is the same old story of not being grateful for what we have until we lose it, of not being conscious of health until we are ill.”

Helen Keller advises people to cherish not only every day of their life, but also every sensory function of the body. In Three Days to See, she also says,

When people start to love and cherish the simple joys of life, they can endure even its most difficult hardships.

Friends, when in adversity, do not lose hope nor control of your mind. You should learn to be as indomitable in character as Helen Keller. With strong will and tenacity, you can overcome all difficulties and rise to new heights. Then, like Hellen Keller, you too can live a life of great meaning and significance.