Happiness Begins with Cultivating the Mind 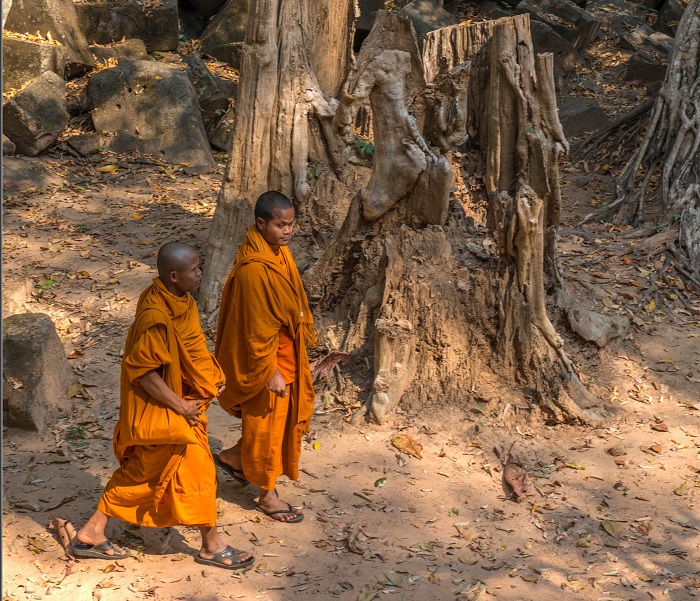 A middle-aged reader once remarked, “I feel depressed and miserable. I work hard for my family and my job. I am busy all day to get us by with food, clothing, shelter and the commute. Yet all the time, I face overwhelming pressure from work and from getting along with people. A guy has only a few decades to live, and I am already working so flat out, yet why do I still feel unhappy?”

The concept of “happiness” is relative. People without a dime are happy when they have just a few bucks to meet their urgent needs. Those wanting to make it quick are happy once they turn nouveau riche. For people who are sick, getting well soon alone makes them happy. Compassionate Samadhi Water Repentance says, “One who is content, though sleeping on the floor, is happy. One who is discontented, though being in heaven, is not pleased.” Thus, the definition of happiness varies with people, time, and place.

In a world today that indulges in the gratification of material desire, many think that happiness comes from fame, fortune or status. However, once you do have them, are you necessarily happy?

The great Russian novelist Tolstoy (1828-1910) wrote the world-famous masterpieces War and Peace and Resurrection, which brought him enormous wealth and stardom, but he said he still felt empty, and that many things being unsatisfactory he was actually not happy at all. This indicates that prestige, affluence or eminence do not always ensure happiness. And if you seek them by hook or by crook, you are bound to suffer ill consequences.

Some, however, argue, “There are those in the world who do have everything they need: riches, longevity, children and grandchildren, filial piety. Aren’t they happy?!” Dear readers, let me say that these things that may bring happiness are all time-based, since life is reined by impermanence, and fame and fortune shall not last. In fact, joy, sorrow, union and separation, these are all part and parcel of man’s life, and no feast continues forever, as a saying goes. Husband and wife, parents and children, even they will separate one way and another, sooner or later.

People who feel content know well that peace is a blessing. They may live a simple life eating plain food, yet they relish it. Yan Hui, a Confucius’ (551-479 BC) disciple, proverbially lived on “a simple box of meal and a single gourd of drink, letting none of it take away his joy, while other men found life in his rundown alley unbearable”. The world being in constant change, everything is in a flux and that includes what one enjoys. This omnipresent transience is hard for people to get used to, which the Dharma considers to be a type of existential suffering. The brevity and impermanence of all things is indeed a portrayal of the reality we all live in, and by no means a derogatory comment on life by the author.

There are those who like to “get tipsy while there is wine at hand”, believing that happiness lies in nothing other than sensual gratification: beauty for the eyes, music for the ears, fragrance for the nose, fine food for the mouth, and silk and lace for the body. Be warned, everyone: clinging to sensory pleasure may lead, on the contrary, to infinite agony. Seeing a beauty that arouses your desire, for example, you could grow impulsive to commit a sin. Hearing criticism, you may feel anger and hostility. Sampling food that is not up to your taste might make you annoyed. And when your mind is filled with greed, anger or delusion, it could trigger criminal behaviour down the road. Therefore, happiness and joy brought on by the six senses are indeed short-lived and more likely to have negative consequences, planting karmic seeds that will ultimately turn into a cause of tribulation. From this one could clearly appreciate that happiness does not come from sensory stimulation.

The Lotus Sutra says, “The Three Realms are unsettling, like a burning house full of sorrow.” Saha, a Sanskrit word, means “to endure”. And a saha world, the world which we live in, is a world full of suffering, where the dwellers endure and get accustomed to it. Of course, there is happiness in a saha world too, but again it is ephemeral and impermanent.

This is by no means a pessimistic outlook, but a reality of human life. No doubt, all sentient beings want eternal joy, but as long as there is birth, sickness, aging and death, as long as people suffer from love and separation, from not getting what they desire, and from what is known as the five clinging aggregates, i.e., of form, feeling, perception, impulse and consciousness, how is it possible for any practitioner to have eternal joy?

happiness is not attainable from material or desire. Instead, it comes from the inner world of the individual, and not from fame, fortune, power or status, nor from stimulation of the six senses of the body. In other words, happiness comes from invoking inner wisdom.

In truth this view aligns well with Buddhist thinking, whose followers must first understand their own mind. It is said in Buddhist scriptures, “Know but your own mind, and then without an effort one is able to access numerous approaches to immeasurable amazing insight.” And also, Straight Talk on the True Mind has this to say, “The mind is the origin of the individual and attainment by all Buddhas. All dharmas lie within the mind, from which come 84,000 Buddhist approaches”.

On the other hand, an illusory mind is what leads to obsession for sentient beings. Once a mortal’s illusion gets to work, there soon arise ideas of delusion, greed and anger, which may further motivate behaviour causing evil karma such as killing, stealing, sexual misconduct, libel, lying and double speak. The individual so behaving then reaps ill consequences that keep him in perpetual transmigration. In contrast, the Buddha realized the “true mind”, and therefore transcended transmigration of life and death and stays in the realm of Nirvana.

The state of nirvana is beyond language, conception, time or space, that is, beyond the scope of experience by a sentient being. Only a Buddha truly understands what nirvana is.  However, from the scriptures and through the dichotomy perspective of the secular world, we can still infer that nirvana is a realm of eternal bliss.

What the multitude of Buddhist scriptures attempt to convey is nothing more than the various approaches for sentient beings to leave suffering for joy. Ever since ancient times, Buddhist masters have summarized these approaches into eight major schools: Chan, Pure Land, Tantric, Vinaya, Tiantai, Consciouness-only, Three Treatises, and Hua Yan, with a vast amount of literature and profound theories behind them all. Among them some are seemingly easier to practise, such as Pure Land, others are harder to follow, such as Vinaya, and some are more philosophical, such as Hua Yan, Consciousness Only, Tiantai and Three Treatises, while others rather emphasize lineage and mentorship, such as Tantric and Chan. Followers, each and every one of them, have to work hard on their own cultivation, learn from knowledgeable practitioners, follow theory and understanding with action, and in turn, use action to further evaluate theory and consolidate their own understanding. In this fashion, the individual practitioner explores the rich storehouse of intrinsic merits found within his own mind.

Attentive readers, there is an endless stream of happiness from the Dharma to be discovered in your own mind, awaiting you to open up and probe. Rhymes of the Mind Only has this to say, “To know the amazing truth takes nothing but contemplation of the mind.” Thus, all merits and virtue start indeed with cultivation of the mind.