Insight at the Three Passes in Gradual Awakening with Gradual Cultivation 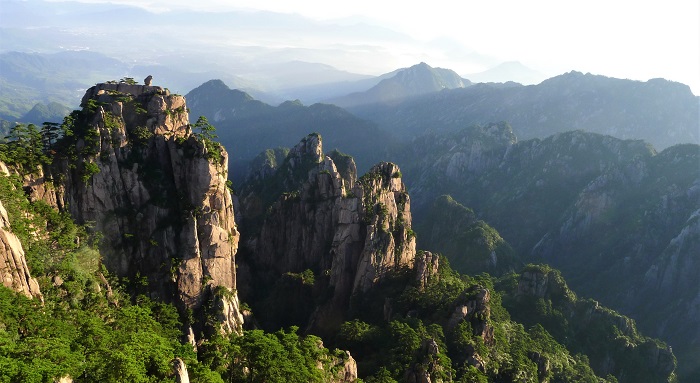 In querying “Who is chanting Buddha’s name?” questions are raised about Who is it? And Who after all? With untiring perseverance on the part of the Chan practitioner, his noumenal intrinsic nature becomes both serene and part of the voidness. In his mind then, the atma or permanent self is extinct but the dharmas are still extant, and so, while the ego-inspired clinging is gone, his clinging to the phenomena is not yet terminated. This is “insight at a beginning stage”, and hence one needs to pursue further.

When confusion-based questioning and a sense of the void get knotted, the more query one executes, the more questioning and knotting there is. By this time, the practitioner is not aware of anything except his own confusion. But once all that is thoroughly cleared, the voidness crashes, the earth recedes and there is a sudden liberating enlightenment. His awareness now substantially increases, his chicanery decreases, and eighty percent of his illusion over life and death is eliminated. This is “insight at a close distance”.

By now, if the life sources of the sixth and seventh consciousnesses have not been terminated, the query continues for “insight gained face to face” that approaches the “breaking of the base pass”. Next, the query goes on to resolve further major confusion and end the life sources for the sixth and seventh consciousnesses, achieving the breaking of the base pass. Once this is done, while the wanton, illusive mind starts to quieten down, the practitioner takes on an appearance of dull wit, with a mind tranquilized by the Dharma, until there is no mind with no differentiation. Hence, he now becomes a “mindless cultivator”. This elimination of confusion and illusion in broad measures is called “insight on the inside”.

Thus warned our forefathers, “Say not that being mindless is the way, for though mindless, one is still separated by a double pass.” Although now in a mindless state, the practitioner is merely “half dead”. If he wants to completely terminate all his life sources, i.e., all his ego-inspired attachment, and fully sustain the Dharmakaya, after awakening he must rekindle his querying just as he was doing but with added vigour, aiming to reach the peak of cultivation. For such a level of achievement, this is how Hanshan, the Chan master poet of the Tang dynasty, depicts it, “High atop the summit, all around is a vastness of nothing. One sits still where no one knows it, a lone moon shining over the cold spring”.

What is gained now is insight over the emptiness of both an eternal self and the dharmas, where all forms in the self, the other, the sentient beings and the lifespan is part of the voidness, clinging to both the self and the dharmas is terminated and there is no form in all, and so one now becomes a “formless cultivator”. In more refined measures, an elimination of confusion and illusion enables him to “transcend the double pass”, achieving an awareness of nothingness, and attaining “insight through awakening”. On the other hand, however, his awareness of life and death is not yet completely eliminated, and to do that, he must break the pass of imprisonment. And at this stage, because his confusion and illusion have not been refined at a minute and subtle level, the fundamentals of life and death are extant.

To recap, before the base pass, one had witnessed rippling of the mind but not waters of his inherent nature. After the base pass was broken, the waters of nature were revealed yet the overriding issues were not cleared up. Yet after storming the double pass, the waters become lucid while wind dies down, so one sees through to the dust at the bottom of the waters. At the same time, as wind blows so move the waters, meaning an awareness of life and death remains and one’s habitual mindset is not yet annihilated. The enlightenment, though obtained, is thus not yet exhaustively thorough.

And therefore on the querying continues, until an elimination of minute confusion and illusion and the storming of the pass of imprisonment, beyond which there is no edge nor boundary, except for the “real body” that fills the Dharma-realm, achieving a complete deliverance and liberation. Here, the Chan practitioner possesses nothing else to negotiate, to seek and cling to, nor otherwise to cultivate or be enlightened to.

Ancients, in fact, have this to say, “Whereas at the lofty peak of cultivation no negotiation is ever allowed, at the second peak Buddha the Patriarch does allow a certain measure of conversation.”

Respectively, the cultivator at the three passes:

– eliminates broad confusion and illusion, and breaks the base pass to achieve insight on the inside, regarding nothingness;

– eliminates more refined confusion and illusion, and storms the double pass to achieve insight through awakening, regarding formlessness; and

– eliminates subtle confusion and illusion, and overcomes the pass of imprisonment to achieve insight that is full and thorough, regarding all.

In short, the cultivator:

– breaks the base pass to enter the womb of Buddhahood; regarding staying

– stays in the womb of Buddhahood for conservation and overcomes the pass of imprisonment; regarding exiting

– comes out of the womb of Buddhahood so the new-born lives in the Dharma-realm without an abode; regarding breaking

In addition, the following is a list of commonly-asked questions and their answers concerning Buddhism in a nutshell:

Truly listening to the Dharma means having a true mind as the sole source of illumination, where the six bodily organs of sensation and six banes of contamination do not lead to six consciousnesses.

A true Buddhist renunciate does not inhabit a house of the five skandhas.

The six sensory organs reflect the objective environment but the cultivator is in severance. When he inhabits nothing, it is called true deliverance.

Illusion is delusion arising over the truth, and awakening is leaving delusion for the truth. And thus ancients point out, “One falls over the ground but rises from it.” Although the two are in direct contrast, the true mind stays the same.