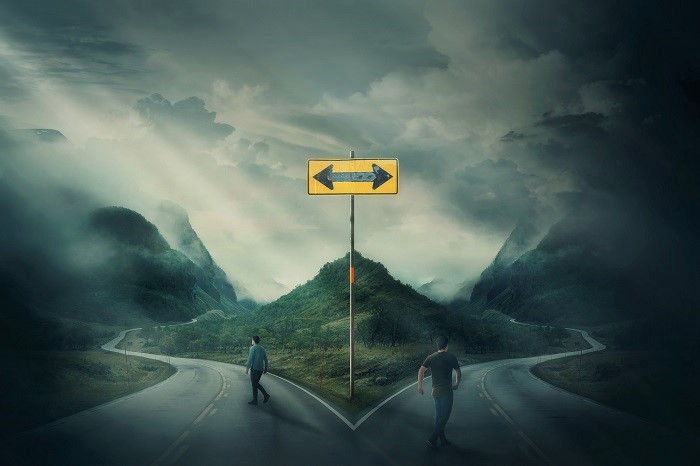 How do all the phenomena of the universe arise? Why does everyone have a different lived experience? To answer these questions, we need to understand the theory of Dependent Origination, sometimes translated as Conditioned Genesis.

Dependent Origination is the core principle and teaching of Buddhism awakened to and revealed by the World Honoured, Sakyamuni Buddha, and is not concomitant with the conditioned, manifested worldly dharmas. Scriptures have it that when Buddha was alive, the arhat Asvajit, one of his five principal disciples, once said in a verse, “All dharmas arise due to causes, and all dharmas cease due to causes. This is what my teacher, the great sramana (that is, Buddha), always says”. And Buddha himself declares that his teachings either theorize or expound causes. We see, too, that throughout the forty-nine years he taught the Dharma, what the World Honoured preached was Dependent Origination.

Now let us focus specifically on karma-induced dependent origination. Attributing the occurrence of all dharmas to karma caused by human beings is called dependent origination induced by karma. The word “karma” is a Buddhist term in common usage, meaning doing, or acting with a latent consequence. Personal acts with the corporeal body, speech or mind, once made, good and evil, except for the neutral ones, will exert an energy force that influences, moulds or nurtures and induces. Thus, naturally, it leads to consequences. This energy force can be benign or malicious, and as it induces consequences, it becomes a karmic force. Hence, karmic inducing is all the consequential dharmas a karmic force induces. It includes all the consequence in the dependent outside world, as well as the consequential life of a sentient being.

What is then induced by the karma of sentient beings? Ordinary people commit karma because of confusion, and thereupon they suffer because of karma. Thus, they transmigrate from life to life unceasingly among the six pathways of existence. The Treatise on the Perfection of Consciousness Only has this to say, “Birth and death continue on, from confusion to karma to suffering. Triggering karma to nurture a future consequence, confusion is the name of suffering.”

For a moment next, let us consider the three travesties in turn. First of all, confusion, which falls into two categories, notional and behavioural. Notional confusion involves views and perceptions that are either echoed, unbalanced, heretical and precept- or ego-based. Bahavioural confusion covers typically the acting out of emotions of greed, anger, delusion, arrogance, and doubt. Together, they form collectively the ten kinds of confusion. One learns here that sentient beings, confused in the ways they look at things and conduct themselves, make karma that defiles the truth, and nourish the triggering of a next life to come. In the last analysis, there is no peace after all in the three worlds, i.e., the sensuous, the fine-material and the immaterial, which separately and conjointly hold an assemblage of suffering.

Then, there is karma. In general, there are again ten types of good karma, namely, no killing, no stealing, no sexual misconduct, no lying, no slander, no cursing, no doublespeak, no greed, no anger and no illusion. The opposite of these ten good karma types makes up the ten evil types of karma. The energy force of good and evil karma generates respectively happy and painful consequences, which, induced by the ego, closely follow the perpetrator and are precise to a fault. Only, the reward or retribution may arrive sooner or later. Some receive it in the moment or later in their present life, others take it in a life to come when the causes present themselves.

Finally, suffering. Buddhists maintain that there are three generic classes of suffering. First, the suffering of physical and mental pain, from all kinds of unpleasant sensations that afflict body and mind. Second, the suffering of change, from all kinds of pleasant and pleasurable sensations that yield pleasure when arising but afflict body and mind when ceasing. And third, the suffering of action, from the dharmas created by all causes in fleeting fluidity, which afflict body and mind. Further, and more specifically, there are eight commonly known forms of suffering, i.e., birth, sickness, ageing, death, separation from what is loved, inability to have what is wanted, living with what is unloved, and general misery from the intensification of the five aggregates striding over mind and matter, containing form, sensation, perception, mental formation and consciousness. In practical terms, it is a rather malevolent world we mortals inhabit, and the oppressive suffering one has to endure life-long is arduous and all-consuming.

Ladies and Gentlemen, in short, karma-induced dependent origination explains the origin of human life and the universe on the basis of confusion, karma and suffering. All living beings, tracked and enmeshed by the complex energy force of their own karma, drift along unsettled and suffer ceaselessly. To end the retribution and misery once and for all, one must aim to remove the root causes of their suffering by cutting off and annihilating all their confusion, before attaining a state of Nirvana. And there, naturally, they will no longer go through the travails of life in transmigration.