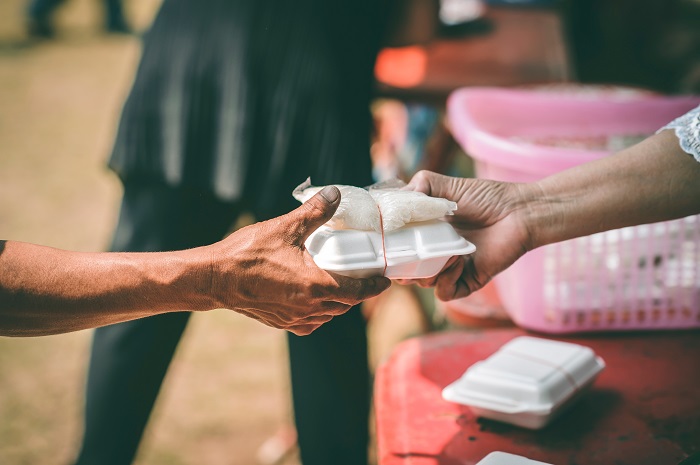 During Emperor Tongzhi’s reign during the Qing dynasty (1636-1911), there was a talented scholar from Shandong on China’s eastern coast named Zhou Boshun, who was quick witted and good at scholarly learning. After passing the imperial examination at the prefectural level, he was recommended to go on to a provincial level exam. As it happened, knowing through the official public announcement that he had succeeded again, he was overjoyed and invited several newly made friends to celebrate with him by dining at an entertainment house. After the banquet, he stayed behind secretly with prostitutes to further indulge himself in lustful carnal pleasures.

Remember that of reprisal for evil karma, retribution for killing, stealing and lust is the most striking. The last mentioned, in particular, brings prompt disaster with a far-reaching impact. The Forty-two Sections Sutra says, “A person with lust is like one holding a torch. When walking against the wind, they run the risk of burning their hands.”

And thus, one night just as he was beyond himself with glee and self-indulgence, his elderly father back home had a dream, where a deity counselled him, “After your son passed the imperial examinations, in four years he could excel at the final-level exam and be eligible for a career placement through an interview by the emperor. It would then mean long term wealth and prosperity for him. Too bad, after passing the exam in the provincial capital, he was given to prostitution in violation of the precept against lust. So now he has been stripped of luck and fortune by Emperor Wenchang, the god of culture and arts. Prostitutes, of course, can be paid for by anyone, and it is not the same as defilement of women or adultery, but while he’s learned much through saints and sages, he’s been ill-behaved without self-control. This for sure will cause a great loss to his karmic virtue. Nonetheless, your ancestors did do a lot of good by saving countless people and even benefiting me personally. That’s why I am speaking to you now in this dream. Because of the virtue, blessing and privileges accrued by his ancestors, if your son can repent and do good, then there is still hope for him to regain his original luck and fortune. But you must reprimand him and urge him to be on his best behaviour from now on!”

Soon, when the elated young man returned from the provincial capital, his father demanded to know what he had done while there. As planned, he flatly denied having done anything untoward, assuming he could easily conceal the facts, but this time he was also amazed by his father’s interrogation, saying to himself that while he had not told anyone about his whoring rendezvous, how could his father know?

Ladies and gentlemen, note an ancient saying, “For something done in a dark room that troubles one’s conscience, gods have piercing eyes like lightning. For something whispered among mortals, heaven hears it like thunder.” What is most secretive and hidden the deepest about humans is one’s own thought, and not a single ideation, whether good or bad, even before it is born and acted upon, escapes the scrutiny by gods in the universe, let alone when it has been acted on. An Account of Supreme Divine Impact states in Volume I, “Heaven and earth have gods that handle acts of transgression according to their severity. They do so to supersede human calculation…… and the offender dies when his calculation runs out.” This means that earthlings committing evil have gods recording sins scrutinize them. They reduce their blessing and lifespan until they lose all and die. Hence points out another proverb, “There is a god overhead three feet above you when you look up.” Do not assume that if one has done evil in secret no one will know. In fact, gods and spirits of heaven and earth thoroughly see it and thoroughly know it.

Now as to the father, seeing that his son would not confess and repent, he felt sad and angry, and so decided to tell him all of what the counselling deity in the dream divulged. Only then did Zhou realize that everything one did was inspected by some god, and feeling so frightened he could not help sweating all over. In awe, he burned incense and prayed to God, bowing his head in repentance. And begging for an opportunity to right the wrongs he had committed, he vowed to never commit them again.

Indeed, later, Zhou Boshun was able to completely abstain from lustful behavior and tried his best to do good. Sure enough, in three more years he passed the highest level of the imperial examinations and was placed for a senior civil service post after an interview with the emperor, and his career was to prosper from then on.

The anecdote is documented in Collected Evidence of Exhortation Against Lust.

During Emperor Qianlong’s reign of the Qing dynasty, Wang Wenjian, who came out on top in the imperial examinations, rose to the position of minister of rituals and his family thrived continuously, with generations of descendants working in officialdom. Legend has it that an ancestor of the Wangs had a rather thought-provoking experience of karmic causality.

According to their family genealogy, Wang’s father was a kind man who married at the age of nineteen and gave birth to nine sons. But it was odd that none of the nine sons had a normal brain and all were either handicapped or demented. One year, a famine struck the Linghu region and many were starved to death. To help relieve the disaster, Wang’s father showed compassion by selling off his property and saved many lives. Everyone was grateful to the man for his generosity, and it turned out that the gentleman and his wife were both devout Buddhists, especially revering Avalokitesvara Bodhisattva, and every day they worshipped the deity and repeatedly chanted his holy name.

But things soon took an unexpected turn. All of a sudden, the eldest son fell ill and died, and within the next few years, the other eight also died off one after another. People were upset that God was somehow indiscriminate. Their father was such a kindhearted, generous man devoted to the worshipping of Avalokitesvara Bodhisattva, who had given up all his family fortune in disaster relief to rescue so many victims, but why was there simply no reward for his kindness? Was this not cause and effect reversed? And was Avalokitesvara Bodhisattva not working? The huge loss of all his nine sons in a row made the father grieve and mourn all day long. However, doing good while confronting family adversity did not take away the couple’s the compassion. While they were woeful in their hearts, they did not blame anyone, but continued to devoutly adore the Bodhisattva and pray as always.

One night, the man dreamed that a compassionate Avalokitesvara dressed in white revealed it to him, “The nine sons you had given birth to had all been meant to become family black sheep. As some of your ancestors had done evil for generations, nine of their old rival creditors had contemplated to bankrupt your family. But you later donated all your family estate to help relieve famine and saved the lives of many victims. That made such a huge amount of benevolent karma that the nine creditor rivals were unable to bankrupt you, and so the nine sons of their incarnation all died out. Soon, a reincarnated Wenqu Star, the god in charge of literary talent from the Jade Emperor’s Ziwei Palace of consternations, is to be born into your home. As karma works with precision not deviating an inch, rest assured that it does reward goodness. So, you and your wife should not be feeling sad anymore”. When the father woke up the next morning, he told his wife about the dream, and it was quite a surprise to her too. “Well, I had exactly the same dream last night.” After that, the Wangs’ sorrow turned into joy, and the couple redoubled their dedication to the work of helping the poor and rescuing the needy.

A year later, the man’s wife and concubines began to be pregnant in succession and over a few years had given birth to five more sons, all smart learners with great memory. Two of them eventually became senior officials of the imperial court. One was Wang Wenjian, the top achiever in the highest level of the imperial examinations who later served as Minister of Rituals. The other was his brother Wang Yiwu, who secured second place in a separate palace interview in the imperial examinations and would also occupy a high-ranking position in civil service. From then on and for generations to come, the Wang clan continued to flourish in fortune and prosperity. Both commoners and those in power believed that it was a reward for their very ancestor who had relinquished all his family assets for disaster relief.

This historical account of divine impact is found in the Stories of Karmic Reward and Retribution Recorded in the Flower Planting Studio compiled by Wang Daoding of the Qing dynasty.