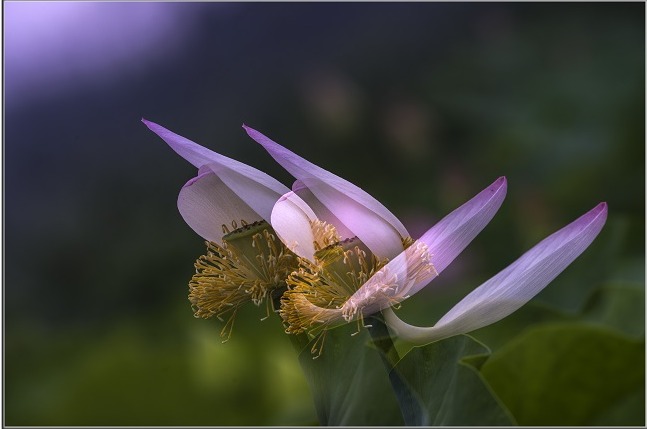 According to Records of Karmic Retribution, during the Jin dynasty (1115-1234), Han Hui, a monk in his forties, was staying at Guanyin Temple in Linhai of Zhejiang province as a visiting monastic. In addition to attending the daily services and rituals with the sangha, he also looked after specific duties and worked tirelessly. Thus, he was well regarded by the abbot and other monks.

One day, as he walked past a dogmeat shop, the monk, who had always adhered to the strict precepts, somehow could not resist the lure of the meaty smell, which made his mouth water. He sneaked into a corner of the shop and ate a dish of dogmeat. When he returned to the dorm, Han Hui started feeling feverish all over, and quickly developed a dozen large menacing sores, leaving him in excruciating pain. The strangest thing was that the more he tried to hide it, the worse his pain grew, as if something mystic was trying to expose it and perhaps teach him a lesson.

Ksitigarbha Bodhisattva’s Original Vow Sutra in Chapter Three, Contemplating the Karma of Sentient Beings, warns, “If sentient beings pretend to be sramanas without the mind of a sramana, misuse monastic property, deceive the laity, break precepts or commit other evil, these beings shall descend into the lowest hell and be held there without release for hundreds of millions of kalpas until infinity”. Han Hui, having broken a precept, not only had to endure the agony of his sores, but whenever he was reminded of this text, he would be filled with fear and apprehension all day long for the eventual retribution. Only then did he realize that violating precepts creates unceasing anguish as well as abiding fright far more unbearable than sheer physical pain.

To treat his inflaming sores, the monk visited all the famous doctors he could find but still felt helpless. He knew it was a karmic consequence from evil committed in a previous life that made him break the precept in confusion against meat consumption. Thus, in pain, he knelt in front of Buddha’s statue all day long and devoutly chanted the Diamond Sutra, pledging repentance.

One night in a dream, Han Hui saw over a dozen headless soldiers berating him, all with voices coming from their severed bloody necks. “Don’t you remember us?!” they demanded. In horror, he replied, “No”. The gang of headless soldiers went on, “In your previous life you were a military lieutenant of the Jin dynasty. The eighteen of us here were all among your subordinates, who you had ordered to hold a mountain pass. Two of the soldiers violated military rules, as on our retreat down the mountain, they encountered a lone young woman and raped her. When the victim filed a complaint, you flew into rage and disgust, and had all the platoon that had guarded the fortress executed in the name of military law, before any investigation was done. Of course, those two soldiers did commit the crime, but the rest eighteen of us were completely innocent and yet you wrongfully put us all to death.

“To avenge this travesty of justice, for decades we’ve been trying to track you down, but because you were a monk who obeyed precepts, a guardian deity was protecting you day and night, and so we dared not do anything against you. Yet, by eating dogmeat, you’ve now broken a cardinal precept and no longer have divine protection. We’re thus taking this opportunity to invade your body with sores that will torment you to death. However, as you’re chanting the Diamond Sutra trying to fix the aberration, we’re sharing in the merit from your recitation too. Nevertheless, we’ll allow you no more than a three-year grace until we come back to take your life.”

The next day, the monk’s sores suddenly healed, with the pain all gone. Everyone thought it was due to the merit of his pious recitation and atonement. However, while he busied himself with chanting and temple services, he did not take seriously the nightmare he had had, and as time passed, the monk failed to continue his devout recitation of the Diamond Sutra and repent for his karmic sin. Surely, three years later, Han Hui died from an enigmatic flare-up of his sores.

Karmic retribution is indeed correct down to an iota.

Pei Du (765-839), a prime minister of the Tang dynasty (618-907), was known to be kind and virtuous and remained a devoted Buddhist. He personally supervised a major military campaign to pacify Huaixi, rendering the imperial court outstanding service. However, although he held such a high-ranking position and was granted a dukedom, he was not at all arrogant, but continued to cultivate for personal blessing and virtue.

Based on Historical Records of Divine Grace, Pei was wretchedly poor when he was young. Yi Hang, an eminent monk, once read his physiognomy, telling him that with “vanity and aggression in the eyes and vertical lines running into the mouth”, he must “do good against whenever possible”. Later, he became a firm believer in Buddhism and vowed to make himself useful to people to avoid the fate of starving to death.” Even though he was incapable of philanthropy, Pei would often use his knowledge and insight to help others. For example, he promoted free basic education, built his own private school for the poor, and persuaded wealthy children to do good against evil. He would also aid those bullied or wronged by upholding justice in court or resolving differences out of court. In this way, over many years Pei worked assiduously at being altruistic, and people in the township widely praised his compassion and virtue.

Later, when he met Yi Hang again, the Chan master exclaimed, “Your fortune accorded from the underworld is especially prosperous, and in your career, you shall rise to the very top”. That made Pei laugh, “In the past, the master said as I had poor physiognomy, I had to watch for death by starvation. And now you say I will rise to the top. How do you explain?” Replied the master, “A seven-foot-tall body is no compare to a one-foot face, a one-foot face is no compare to a three-inch nose and a three-inch nose is no compare to the one-spot mind. Yes, looking at your facial features, you must guard against dying of starvation, and yet looking at your mind, you shall indeed make it to the highest rank.”

What the master meant to say is this: to read someone’s physiognomy, it is better to look at their face instead of their body, because one’s most important individual features of their entire body are concentrated in their face. One’s sensory organs, namely, the eyes, ears, nose, tongue plus otherwise those capable of tactile functions and the mind are prominently located on or around the face, so looking at the body is not as meaningful as looking at the face. Further, centrally located on the face as the gateway for respiration, the nose is rather the most important overt feature of the human face. And yet, it is still not as important as the brain, because that is where all dharmas arise. As the Treatise on the Awakening of Faith emphasizes, “When the mind arises, all types of dharma arise, and when the mind extinguishes, all types of dharma extinguish.”

The Flower Adornment Sutra points out, “The mind, much as a master painter, is able to paint everything in the world. It is where the five skandhas originate, and no dharma is not made there”, and “if people want to know all Buddhas in their three lives, they must contemplate the nature of the Dharmadhatu, since all is created by the mind”. Mental consciousness is the source of either ignorance or enlightenment for sentient beings, and so all good and evil karma comes from the mind with the accompanying circumstance. And as karma is either good or evil, so there are the well-endowed and the poorly-endowed in physiognomy. On the other hand, cultivating the mind may eliminate karma, and karma elimination in turn reconfigures one’s physiognomy. And to add cultivation of one’s virtue to that is to further increase both blessing and wisdom.

Hearing the master’s explanation, Pei wondered, “Although that may be the case, physiognomy means reading one’s face, but how could one read someone’s mind? How do you read the mind for someone’s physiognomy?” With a smile, Master Yi Hang replied, “If one wanted to know the will of heaven, they had to search for it from clouds. To know what’s on someone’s mind, one has to discern what’s in their eyes. By looking at your eyes, for example, one could tell what’s on your mind. Plus, by listening to you talk, I know that you are kind and generous at heart, always willing to help and make good karma. In fact, as I see it now, your gaze, clearly focused and thoroughly penetrating, glows with compassionate and tranquil charm, and so this humble monk, yours truly, knows for certain that you shall indeed get to enjoy wealth and longevity.”

Sure enough, Pei Du eventually did become prime minster and the Duke of Jin. Someone wrote a poem in memory of the remarkable change in his fortune,

One’s countenance is no match for a mind tried and true.

Being a human, it is most important to accumulate virtue.

Without the mind, improving physiognomy most easily fails.

How could one starving to death enjoy ten-thousand taels?

As the old saying goes, “Cultivating the mind complements physiognomy.” As long as one has a kind heart and accrues good karma by benefiting others, their physiognomy will definitely improve. Otherwise, how would Pei Du, who had originally been destined with a pathetic physiognomy to die of starvation, have turned his fortune round and become affluent and prosperous?

It follows that as long as one increases virtue by doing good, their personal demeanour will doubtlessly be purified and their appearance will be dignified, because human physiognomy pivots on the mind. In the final analysis, while one’s fortune is pre-destined by karma, it is possible to change it for the better.