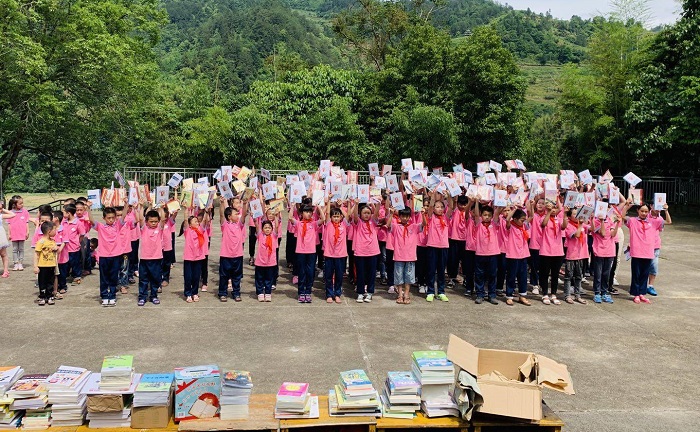 So far in 2019, Living Compassion has continued the following work:

In Guangxi, new and continued financial aid is working in 12 cities and townships, benefiting 259 students from 100 families, 17 households living in poverty, 12 village schools and one secondary school. Overall, 3,738 copies of 1,250 children’s books have been distributed. The total amount of aid is 751,320 RMB yuan, of which 280,860 RMB yuan will be given out to students in spring 2020.

In Guizhou 15 students from 8 families have received financial aid.

Thus, in both Guangxi and Guizhou, Living Compassion financial aid has reached a total of 274 students from 108 families, of whom 38 students have also been granted information kit expenses, and 17 households living in poverty. In all, 3,738 copies of 1,250 children’s books have been distributed. The total value of aid for the two provinces overall is 821,320 RMB yuan.

Number of students on aid at different levels of education

To celebrate the 2019 International Children’s Day, a total of 3,738 copies of 1,250 children’s books were donated to the following schools and individuals in Guangxi:

The total value of the books is 51,000 RMB yuan, and this includes 6,000 RMB yuan donated by three charitable individuals.

Ren Hongxiang, a volunteer, started selecting and ordering books in April and worked on weekends and late into the night, to make sure that the children received the gift books by June 1. Furthermore, he tracked each of the 6,000 parcels sent out so none of them went missing.

In addition, four of the fourth-grade students from Longtian Primary School in Guigang participated in a district-wide reading competition for the June 1 Children’s Day, and they all won prizes. Their teachers said that this was mostly due to reading the gift books from Living Compassion, which project has been going on for the last three years. 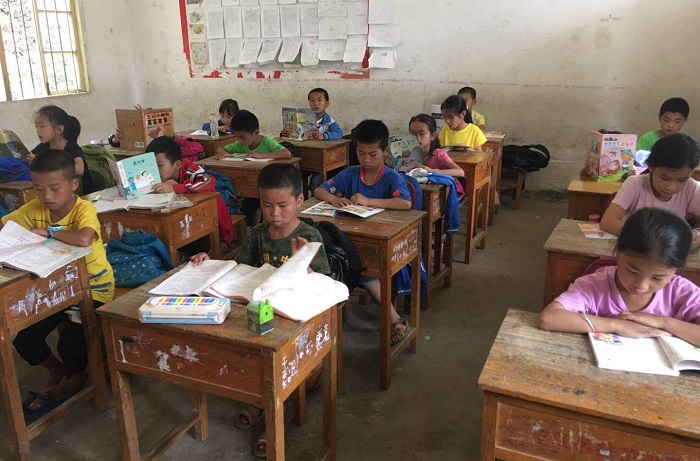 Giving families a helping hand in their children’s education and development:

One focus of Living Compassion’s on-going humanitarian work is to provide the latest information and counselling to students in their education, help remove problems in their efforts of self-improvement, and encourage them to master a useful skill so that in future they become good citizens and give back to society. The following are just some of their stories:

1/ Liu Jingyi and Liu Jinglei are sisters and needed to study at an urban school as their parents had relocated to town for employment. But because of their rural household registration, the sisters did not qualify for free urban schooling and had to pay 20,000 RMB yuan a year in tuition. To make things worse, both their parents became sick, their mother with cancer and their father with tuberculosis. The big medical and tuition bills have thrown the family into a huge financial crisis, and the two sisters were facing school dropout. When Living Compassion volunteers learned this, they wasted no time in trying to help transfer the sisters to a public program. The volunteers worked tirelessly with educational officials and finally won their sympathy and go-ahead. Lying on her death bed, their mother learnt the happy news and passed away in peace on July 20.

2/ The day our workers came to visit him at home, little Tan Jianxi wondered as he bowed to them whether it was true Living Compassion would help him continue at school. Our volunteers understood his eagerness and helped get him into the automotive repair program at a college of education and technology. In five years he expects to become a qualified auto mechanic.

3/ Little Yang Kang is the eldest son in the family. When his mother died of illness a few years ago they owed several hundred thousand RMB yuan in medical bills. To support their grandparents, two younger sisters and himself, his father went to work in a city away from home. Seeing the heavy financial burden on his father and his desperation, little Kang decided to drop out of school and take up money-making jobs to help his father. Just at this critical time, Living Compassion got involved, and Yang Kang was granted financial aid to go back to school and study for a chef. His father felt so grateful and looked forward to returning home next year, so he could take care of the family while working as a peasant.

4/ When Hu Jianghe’s mother died, she left behind seven children, the eldest of them being 12 years old. His father left home to work in Guangdong, taking one little daughter with him but leaving the rest of the children to caring for themselves. The oldest of them slept till long after the sun was up. The second and fourth, two brothers, disappeared as soon as Living Compassion workers arrived. At home to meet them were only a timid Jianghe and several of his younger siblings. Clearly their home was a mess, and some of them did not like school, were lazy and had poor manners. The problem confronting our workers was how to help them — part of the issue for the family was its size with seven kids due to their parents repeatedly disregarding the government’s family planning rules that limits the number of children per household to no more than two. On learning their situation, our Venerable Master behind Living Compassion said, “Since these ‘extra’ kids have come into the world, let’s try our best to help them.” Thus Living Compassion decided to provide expenses for six of them at school for their bed and board and cover other miscellaneous fees. Many times our volunteers brought them books and supplies and taught them how to take care of personal hygiene. As well, they got in touch with their father in Guangdong, persuaded and helped him return home so he could work while taking care of all his children. At last, the kids felt warmth and love, and the change in them over the two years has been remarkable: Hu Lianzhu, Jianghe’s elder brother, graduated from high school in July. Determined to become a chef, he is going to Guigang College of Education and Technology in September for vocational training. And Jianghe himself achieved first place among his classmates in the examinations, setting up a good example for all his brothers and sisters to follow.

Living Compassion is one of the charity institutions set up and run by the International Buddhism Temple. It focuses on poverty reduction, student aid and emergency relief for the needy in remote, poverty-stricken areas of mainland China, doing humanitarian work for orphans and children otherwise without parental care, the widowed elderly, handicapped and families in extreme poverty. For this important charity program to continue working in China long term, we have developed a cohort of dedicated volunteers stationed in the regions directly administering aid and doing regular home visits. They have been devoting themselves to the lasting growth of Living Compassion while practicing Buddhism in the spirit of compassion and grace. 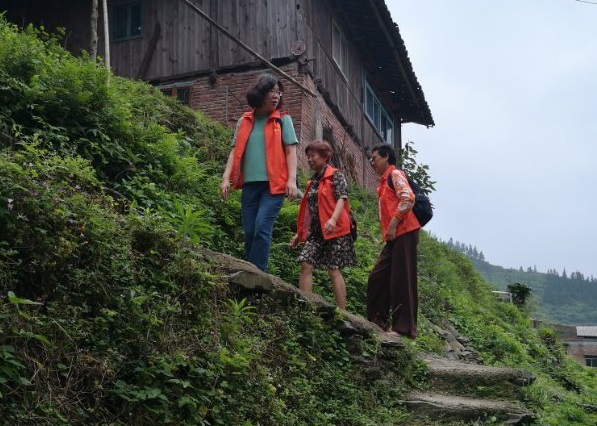