Nothing but Karma Follows You 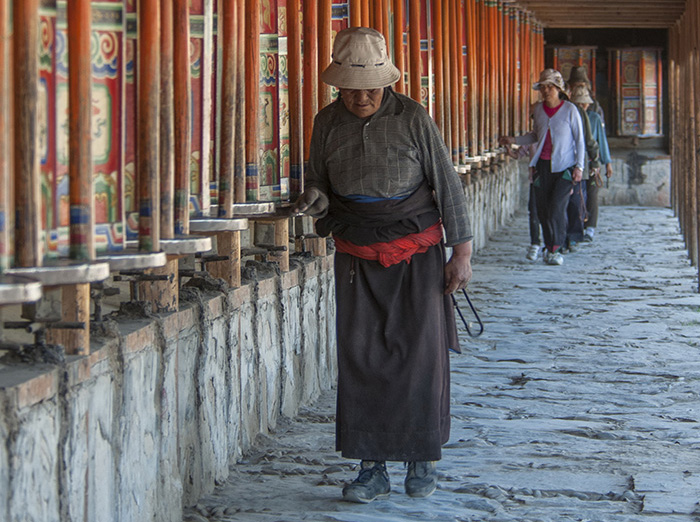 Whether rich or poor, one may live a long or a short life. As well, one may or may not be good looking. And one could be smart or not so smart. It all depends on one’s karma, good or bad, not on fate, nor on gods. Buddhists have a well-known saying,

One realizes that life is a dream.

On leaving the world,

You keep nothing with you but karma.”

Until the day they die, mortals do not realize that life is nothing more than a dream. And when it happens, they take away nothing with them except the karma they have made, which will activate their reincarnation in the six paths of transmigration.

Karma is something that never perishes unless and until one attains Buddhahood. As human life is not purely physical, the karma one makes, wholesome or evil, stays on after the body dies. Upon that the karmic force causes one to transmigrate into a new life form. This process is known as “transmigration”.

What is karma, then? It is the sum total of one’s actions in a lifetime, and the impact one makes in the collective social activities and in the functioning of the universe. It comprises the actions the body involves itself in, and one’s speech and thought, and determines the joys and sorrows in one’s lives, as all karma-causing actions, whether good, bad or neutral, will produce new karmic forces leading to new actions. The new behavior will in turn generate newer karmic forces, and so on.

Every action that corresponds to compassion and conforms to public morality produces good karma, such as releasing captive animals back to nature, giving to the needy, keeping precepts, and enduring humiliation. Every action that corresponds to selfishness and harms other people makes bad karma, such as killing, stealing, sexual misconduct, lying, harsh speech, being double-tongued and specious talk.

With the individual, karma involves three lives: past, present, and future. The karma from one’s past life causes reward or retribution in their present life, and in turn, the karma made in this present life causes new reward or retribution in the next one. Cause and effect thus mutate into one another and form a giant karmic wheel with an unparalleled driving force, as Mulasarvastivada Vinaya says in Volume 46, “Unbelievable karma, far from being uninvolved, is difficult to avoid when reward ripens”.

Clearly, the type of karma made by an individual will profess itself in future joy or suffering as corresponding reward or retribution. However, karmic manifestation should not be viewed within a finite time, as reward and retribution may ripen now, and they may do so in the next life or in the one after the next life. In other words, karma varies with the time it takes to ripen, and there are two main reasons for this. Firstly, a karmic cause may take effect sooner or later, in the same way when a melon seed and a peach pit are planted at the same time, yet the peach takes years to bear fruit, while the melon seed grows melons in the same year. Secondly, karmic forces vary in strength and intensity: if the causes are sufficiently strong, ripening happens soon; otherwise karmic reward and retribution take longer to materialize.

In Buddhist scriptures, the Buddha once compared karmic forces to plant seeds, in the way when plants bear flowers, the flowers wither but seeds remain. Eventually, given the right opportunity, the seeds germinate, bud, shoot, and flowers bloom again. Therefore, people’s blessing and misfortune, and whether they live long or short, and end up in wealth or poverty, is all induced by the karma they themselves have made. As the saying goes, “If you want to know what karmic cause you planted in your previous life, look at what you receive now in this life; and if you want to know what karmic reward is in store for you, again look at what you do now in this life.” Whatever karmic cause you make, you will reap its consequence in due course. It follows that one must accept one’s own karmic reward and retribution. Fortune and misfortune are not disposed by gods.

It is also true that, as a rule, good karma and bad karma do not offset each other. A bad karmic cause sowed will in time come into fruition no matter what, as its due consequence will not be cancelled by a good karmic cause. However, if one keeps doing good deeds and the amount of good deeds accumulates, it may help reduce the severity of their bad karma, increase the strength of good karma, and as well accelerate the latter’s ripening. Bad karma is somewhat like salt water in a cup: add fresh water to the cup, and you dilute its salty content. Therefore, it is extremely important to keep making good karmic causes and accumulate good karma.