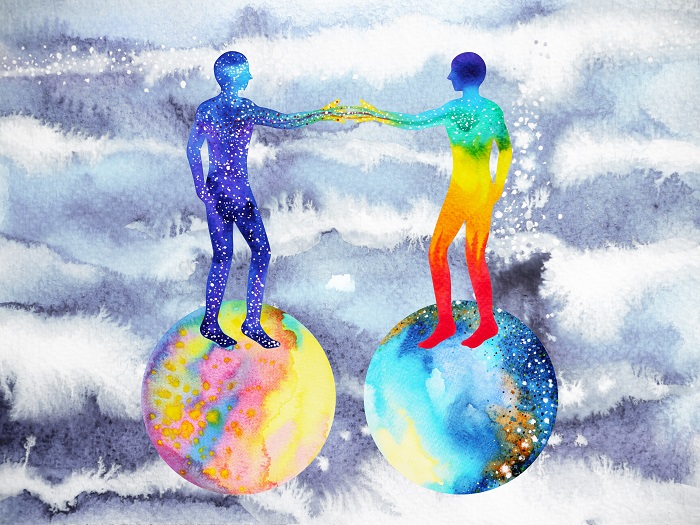 The first five types of consciousness arise from the four sensory organs of the eyes, ears, nose, tongue plus the body otherwise and their respective objects in the external environment, i.e., colour, sound, scent, taste and sensations produced by touch, although they do not yet analyze nor differentiate stimulant triggers with discretion.

The sixth type of consciousness arises from the mind, hence the name. It has a cognitive capacity as well as faculties to trace, analyze, distinguish and predict all internal and external triggers of the past, present, and future. Therefore, this consciousness is more potent, sharp and sensitive.

In keeping with the Consciousness-only Theory, everything in the universe is realized by nothing but the mind alone. It means nothing is independent of consciousness, and nothing exists outside of the mind. Imagine that without the faculties of the eyes, ears, nose, tongue, body, and mental consciousness, the tremendously complex and richly subjective thinking and cognitive activities unique to human beings would all disappear. How then could the objective reality be perceived and discerned? Therefore, we know that the objective reality is generated by none other than the mediation and cognition of subjective consciousness. It is a truth of Buddhist scriptures that says, “When the mind arises, all kinds of dharma arise. When the mind retires, all kinds of dharma retire.”

Clearly, the inception of everything in the universe lies in the seeds contained in Alaya consciousness. All living beings’ defiled or undefiled minds and good or evil behaviour attract and accumulate operative forces, which are nurtured in this layer of consciousness, called seeds. When a seed meets karma, and if the timing is ripe, it sprouts and produces a manifestation. Nevertheless, these potent seeds gathered and nursed by karma are not tangible like plant seeds, but more comparable to energy in physics, they are without form and intangible.

When a person dies, the faculties of his eyes, ears, nose, tongue, body, and mind all come to an end. The seventh, i.e., Manas, consciousness retreats into the eighth consciousness, or Alaya consciousness, which is the last to exit the dying body. On the other hand, when it comes to rebirth through reincarnation, it is this very Alaya consciousness that is the first to appear and enter the womb, and hence describes Verses Delineating the Eight Consciousnesses, “Nurtured to hold seeds as the root container for the body, it departs last and yet serves as master by arriving first”.

From the above brief introduction, it can be seen that Alaya consciousness is the main construct for the totality of a human’s karma making and rebirth through transmigration, that is, the very foundation of their life. For countless kalpas, the uninitiated have sought in vain both ego-based and dharma-based attachment, but have continuously created karma through greed, anger and delusion. What they deposit and cultivate in Alaya consciousness are nothing but the seeds of defilement. Therefore, they constantly move within the cycles of transmigration through the six pathways of existence, unable to escape from ​suffering and misery. The purpose in learning Buddhism is to broadly plant causes of purity in great quantity, dispose of one’s unwholesome habits and ultimately break away from endless suffering through death and rebirth.