On Doing Without the Self to Eliminate Mental Suffering (I) 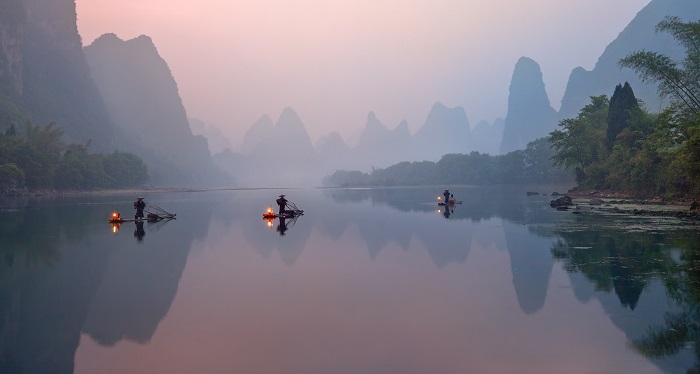 Friends, have you ever heard Buddhists attempting to explicate five aggregates without the self? This phrase is profoundly philosophical. As sentient beings, we tend to cling to our own ego as being real, and from this very selfishness of ours comes mental suffering because of our greed, anger and delusion including, for instance, the kind of pain inflicted by squabblling and interpersonal conflict, or by having to associate with those one either resents or dislikes. Once we realize the physical and mental worlds involving the five aggregates fit the revelation that “Where karma is born, there is no inherent entity, and any entity envisaged thus is simply a void”, we may gradually become capable of taking on a “no-self” vision, helping us to free ourselves from the shackles of suffering in human existence.

The five aggregates, also known as five skandhas, entail form, feeling, perception, impulse and consciousness, which we will explore below one by one. They are the five principal components that make up the “I”, an ephemeral fusion of both material and spiritual gatherings. The so-called material here is the aggregate of form, i.e., the earth, water, fire and air that constitute the human body, among other things. And the so-called spirit is the human mental awareness that encompasses the remaining four aggregates: feeling, perception, impulse and consciousness.

The word “aggregate” originally means a gathering or accumulation. What is gathered or accumulated here in the “I”? Buddhism maintains that a human being is a composite of five obstacles that obscure the individual’s true mind. Why do people suffer? They suffer on account of their confusion, which leads to karma, and the resulting karma keeps them in the cycles of death and rebirth in perpetual transmigration. That is all because of an individual’s five aggregates obfuscating their true mind. The Heart Sutra says “all the five aggregates are empty”, succinctly telling us to contemplate that all form, feeling, perception, impulse and consciousness as without the self, because the self, the “I”, exists only out of Dependent Origination, and is empty of any intrinsic nature (see Note 1).

Now, let us in turn deal with the five aggregates with no-self. First up, the aggregate of form.

The aggregate of form without the self

Anything with an outward form occupying space and able to be a barrier to other things is regarded as having form. Thus, all substances, such as mountains, rivers, land, buildings, flowers, birds, fish, insects and the human body, belong in the aggregate of form. While it serves as a general term for all things of material existence, in a narrow sense, form typically refers to the external environment the human body interacts with through its four sensory organs, namely, the eyes, ears, nose and tongue, plus the rest of the body and the mind, frequently referred to as the six roots.

All matter is viewed as dharmas created through Dependent Origination, without any self-generated eternal existence, being both transient and impermanent, and hence called empty. For example, the human body is a fugacious appearance dependent on a combination of the aforementioned four cardinal elements of earth, water, fire and air without an inherent substance. Its hair, teeth, nails, skin, flesh, bones, tendons, brain and marrow are formed by the hard matter of earth. Its body fluids and waste matter including spit, drool, blood, pus, saliva, phlegm, urine and feces are created by the wet matter of water. Its body temperatures are an indication of fire, and its inhaling and exhaling are a dynamic sign of air. In short, the reason why humans exist is because these four constituent physical elements work in harmony. Once they do not, then the human body is doomed to fail and eventually perish.

And as soon as the four elements in the human body fall apart, the body itself starts to break down. But when that happens, where is the body? Where is the “I”? The Sutra of Perfect Enlightenment has this to say, “With the four cardinal elements each departing, where should this made-up body be now? This much we know, that the body has no entity after all, with an appearance created by a congruent gathering of the elements, and in essence equal to an illusion.”

Furthermore, not only is the body empty once the four elements are disbanded making it cease to function, even before its dying, the body, momentarily made up by the four elements to assume a passing appearance, is absolutely empty in terms of an entity. Based on this, we infer that all things in the world assume such passing appearances formed by a transient harmony of the four elements, that they are all without substance, that they all change upon encountering causes and conditions, and that they are indeed all fleeting and impermanent. Hence the proverb, “All the big four make up a void.”

Ordinary people, who do not understand this principle, often experience suffering in their everyday lives. To name a few examples, they feel sad on witnessing the vicissitudes of life or parting with relatives and friends, and they struggle to cling to the “I” as an entity, feeling ego-based love, greed, arrogance, anger or delusion. Or, in seeking quick gratification, some indulge themselves in sensuality, fame, wealth and power, and by unscrupulous means they create all kinds of evil karma.

Buddha tells us the truth about the four cardinal elements being empty, to enlighten us about the impermanent, illusive material world, so that we could reflect upon ourselves to open up the endless treasures of wisdom latent within in our own minds, and seek eternal freedom and liberation in spirituality.

The aggregate of feeling without the self

To feel here is to receive and respond. The aggregate of feeling is a faculty responding to the six roots mentioned above, receiving and processing their corresponding six gunas, or causes of impurity, in the external environment, i.e., colour, sound, scent, taste, sensations produced by touch, and thereby, thought. The aggregate of feeling comes through either the body or the mind.

Faced with favorable, adverse or more neutral circumstances, if the practitioner does not try to cling to the corresponding pleasant, painful or neutral sensations that would arise, but allows their luck to take them while staying calm, then no mental trouble is likely to occur. Many, however, succumb to desires for wealth, fame, food, sex and even sleeping in, but may spend their whole lives being down-trodden. Others bicker, fight and even resort to killing because of an inability to contain their anger.

How then should we eliminate such noxious attachment? When adversity occurs, such as a career failing, an unsatisfactory job, quarrelling among family or friends turning against us, we must immediately stop clinging to our emotions and let them go. To do so we should first calm down, as the saying goes, that the Way grows out of a tranquil, clean mind, and taking a step back is indeed moving forward. And doing this is no cowardice, but to actively extinguish our keen clinging mindset raging especially in a moment of passion, so that it may return to its inherent pristine state of wisdom.

In Zen there is another saying, “Curb one’s mind, and nothing will be left undone.” We must do everything to stop such a clinging mindset, and employ prajna in analyzing and apprehending the adversity confronting us, contemplating that all things are created by an aggregation of causes and conditions, that they cease to be when these causes and conditions dissolve, and that there is no independent and eternal entity but a nature of emptiness. In this way, we could proceed progressively to experiencing a “no-self” vision.

Note 1  Dependent Origination in Buddhism is a cosmic law of causality concerning all things in the universe. All of the things owe to the gathering and dissolving of causes and conditions for their existence and expiration, so they are empty of an inherent nature. Put simply, being empty means having no substance, no independent existence and no eternity.