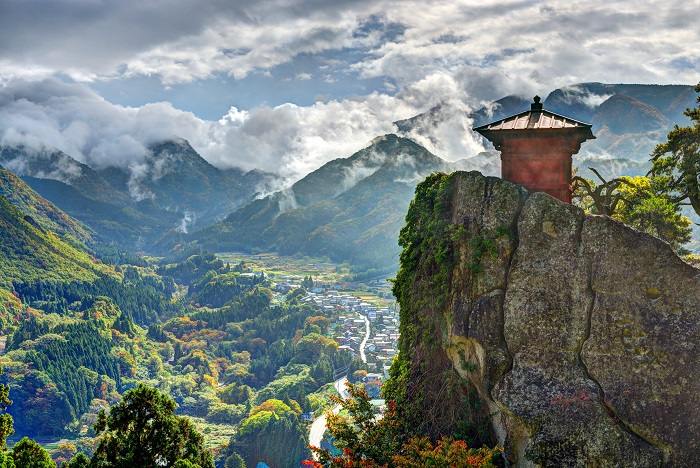 A popular Zen saying, “Eat when hungry and sleep when tired” ironically lays bare the myth of Zen Buddhism. It originated from a question-and-answer exchange between the monk Da Zhu and an advanced Zen cultivator in the Jingde Era Records of Transmitting the Dharma Lamp published in 1004 during the Northern Song dynasty (960-1127).

Zen gathas often have a sublime signification, but when practitioners get to the extremes of a particular thought, they will be exhausting their reasoning without any more words left to work on, as they have well depleted linguistic tools to express what is on their querying mind. For, by this time, the cultivator has reached a realm of consciousness that surpasses the scope of speech or language. Whenever a Zen follower reaches this state, then, and you ask them what the Dharma is, they will likely say something like it is simply a verbal play on words regardless of its relevance, merely because if they did not proceed to provide an answer, you would feel justifiably disappointed. But as Buddhism is an approach that disseminates the Dharma typically through the mind, it fundamentally is not susceptible nor relevant to word or concept. Thus, in the above-mentioned koan, what was to pass for an answer became “Eat when hungry and sleep when tired”.

This situation is not unlike that of making poetry. The purpose of writing poems is primarily not to tell the reader about things new or unheard of. Rather, it customarily attempts to convey a sense of an existing scene or mood the poet is in through emotions. Thus, in creating a verse, if one were sentimental without true sentiment, used abstruse diction and syntax or employed obfuscating allusions, it would become rather calculated and less than natural. The poems by Tao Yuanming (365-427) and Hanshan (fl. 9th century), on the other hand, all flow from the heart, using spoken vernacular to directly address what they see or feel, and some of their verses have been liked over the centuries past. As well, what follows is a taste of well-known works by some other eminent poets.

From Master Yongjia (665-713), “The mind is the root, and dharmas dust, both like marks on a mirror. As light shines when the dirt is gone, once both mind and dharmas are wiped out, through comes one’s true nature.”

From Su Dongpo (1037-1101), “There is nothing more now upon home coming, having witnessed Mount Lu’s misty rain and the tidal waves on River Qiantang.”

And, of course, by Hanshan, “Stars line the layered night scene lit-up, the moon glowing a single lantern over the cliff. A perfect round radiance without flecks, lo, yonder is my mind hanging on the earth’s blue roof.”

These lines, attempting the extremes of certain ideas, are all written without being laboured. Hence, their renown for both natural beauty and simplicity.

In fact, this is not only true of poetry and Zen, for no matter what, all things in the world may contain profound truth with seeming ease and simplicity. In this case, when a Zen master says, “Eat when hungry and sleep when tired”, they mean that with everyday routine, Zen practitioners act much the same way as ordinary people do, although their frames of mind differ entirely. A Zen master is able to focus their mind on one single thing at a time, whereas the non-initiated, while eating, may entertain rambling thoughts, converse loudly, hold a family meeting, watch TV, or listen to a CD, sometimes all at once. Further, they may find the food dislikable or otherwise be obsessed with its taste. While sleeping, too, their waking consciousness could fade into a dream, and they might recall things from the past or long for events in the future. In Buddhism, such casual thoughts and absent-mindedness are all fantasies inseparable from the pervasive mental affliction arising from prejudice, arrogance, illusion and craving based on the very ego.

When the sublime of an idea reaches its profundity, ironically, it is often to be found in the rather simple, ordinary things in everyday life. Thus, an old saying goes, “What is intended exists far off, when what is unintended turns out real.” With no premeditation, a good Zen practitioner is able to approach nature and innocence leading to Samadhi, an amazing state of mind powered by deep meditation.

Eking out a hectic livelihood

In Vegetable Roots Discourse written by Hong Zicheng, a philosopher of the Ming dynasty (1368-1644), one passage goes, “If life is too idle, scattered thoughts secretly abound. Too busy, and one’s true nature will not reveal itself. Thus, a scholarly gentlemen must not fail to care about their own body and mind, nor be incapable of giving himself the love and pleasure of nature”.

When life is both easy and laidback, one is more prune to thinking and doing things untoward, as slackness incubates wants. That is how “scattered thoughts secretly abound”. In contrast, “Too busy, and one’s true nature will not reveal itself.” For those who are busy from morning till night struggling to put food on the table or afford shelter, where do they find the leisure and peace of mind out of a helter-skelter existence, to be able to observe their own mental health, contemplating the true meaning of life?

Moreover, people who are routinely idle may not only waste away their own precious life, they diddle and become parasitic as they are unable to contribute to the productive life of the community they belong to. Instead, the Bodhisattvas practise the Six Paramitas: Prajna, Precepts, Forbearance, Samadhi, Generosity and Diligence. The last, in particular, is a turbocharging force for all the other paramitas, since whatever paramita one may be pursuing, they all need Diligence to realize.

Being diligent is working hard and carefully at one’s target with perseverance. In the words of the Zen master Huangbo Xiyun (?-850), “It is no simple matter to leave suffering and to do it soon. Without undergoing a bone-crushing chill, how could blooming plums give an exquisite smell?” If you want to quickly free yourself from worldly trouble in a cycle of death and rebirth, you must step up your spiritual practice. We know that to achieve anything extraordinary requires a great effort. This is just like a forbearing plum tree, for without experiencing a freezing winter, how could it end up blooming with such brilliance and a sweet tangy fragrance?

Those too busy in life, however, may go to the other extreme. Just as the Buddhist master Han Shan (1546-1623) says, “When alive, a sheer waste of enterprise by tens of thousands of calculations. Upon death, all left behind is a pair of bare hands. Joy or sorrow, morning after morning how disgruntled one feels! Rich and poor, day in and day out what a hectic living he ekes!” If all one cares about in life is the pursuit of things like fame and fortune on top of getting fed and sheltered, how could they ever afford time to cultivate the mind? There are mountains and lakes in the wild, dotted by lush forests with flowers in spring, lotuses in summer, a bright moon in autumn or white snow in winter. Have you, as a matter of fact, had a moment of freedom to appreciate any? As was quoted above from Vegetable Roots Discourse, “A scholarly gentlemen must not fail to care about their own body and mind, nor be incapable of giving himself the love and pleasure of nature.” When you are close to it in a restful, tranquil state of mind, you are more likely to pause and contemplate the true meaning of life. In the depth of the human mind there exists infinite wisdom and inexhaustible spiritual treasure, which Buddhist scriptures variously term as “the dharmas’ real mark”, “Buddha nature”, “the true mind” and “real mark prajna”. How would you cherish its very existence and aspire to give play to what it has in it to accomplish?