The Four Bases of Mindfulness 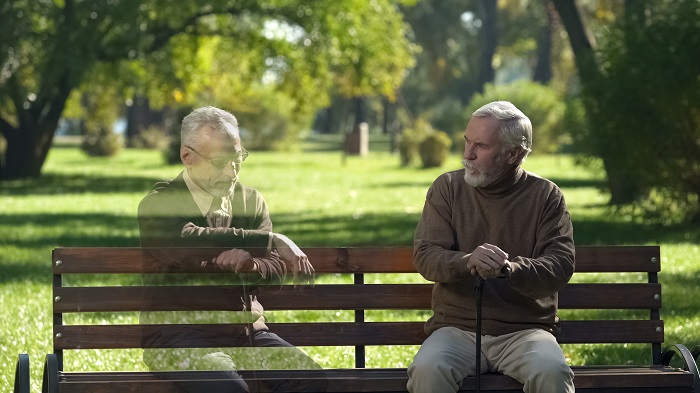 Contemplating the human body as impure

Most people develop lust through an obsession with the perceived beauty in a body of the opposite sex.

The continuation of life is dependent on lust, and so it is rather hard to completely stop the sexual act. For pedagogical expediency, Buddha allows his lay disciples to have a proper sexual relationship as husband and wife, which involves appropriate sex. However, inappropriate sex is evil and must never be committed.

All sexual act outside of married couples is evil lust, including prostitution, adultery and fornication before marriage. It falls within the parameters of the sexual precept which, together with killing, stealing and lying, forms the four grave transgressions called parajikas within the basic five precepts. Whether monastic or lay, a violation of this precept is subject to future retribution, as it is inherently sinful and a proper cause for punishment.

In real life, however, many people engage in evil lustful behaviour. Thus, Buddhism teaches us to eliminate impropriate lustful thought by contemplating the human body as impure.

Friends, did you know that the human body is extremely impure? Just imagine that no matter how beautiful or handsome you look, from the perspective of bacterial biology, your body is nothing but a big cluster of germs. Whatever fancy food you eat, what you excrete the next day will be stinky, and no matter how much perfume you put on, once you sweat too much and before you take a shower, your skin will give a repugnant smell. For this reason, the human body is also known as a smelly skin bag, as Nirvana Sutra says, “The body of a mortal human is nothing more than a composite of thirty-six elements”, which include those external as well as internal, i.e., hair, body hair, finger and toe nails, teeth, eye gum, tears, sputum, saliva, feces, sweat, skin, flesh and blood, bones and tendons, cerebrum, meninges, body fat, gallbladder, liver, intestines, stomach, kidneys, heart, lungs, digested and undigested food, plant- and non-plant-based nutrients etc. Out of these thirty-six impure objects both on and within the human body, which one fascinates you? And an individual body has nine apertures too, in the mouth, nostrils of the nose, eyes, ears, anus and genitals. From these nine openings flow impure substances. However, when your mind covets lust, these unclean carnal substances may turn into things of beauty in the eyes of the beholder.

Madhyama Agama points out in Volume 50, “Those who commit an act of evil lust will suffer retribution in their present and future lives.” And so goes a Western proverb, “Beauty is only skin deep.” Underneath this thin skin is nothing but filth, which is impure after all. Why, then, should one entertain ideas of evil lust because of it and commit acts of evil lust to suffer wretched consequence in future?

Contemplating all sensation as suffering

The Wonderful Dharma Lotus Sutra says, “There is no peace in the three realms, like a house on fire, full of suffering by sentient beings.” Buddhist scriptures describe the world as “saha”, a Sanskrit word meaning “endurance”, that is, that the world is full of suffering and its inhabitants become accustomed to enduring it. Of course, there is happiness in the meantime, but it is transient and impermanent. This is not a pessimistic attitude towards human life but reflects its very reality. Imagine, the human body goes through birth, ageing, sickness and death, the human mind undergoes greed, anger and delusion, family and relatives endure love and separation, careers survive grievances and hate, societies suffer struggle over right and wrong and the world’s mortals brave wars and natural disasters. Whatever mentality you choose to face life, whether optimistic, pessimistic or fatalistic, the suffering that closely shadows the human body and mind is unquestionably a basic fact of life.

There are those who take it that “While I have wine, I must get drunk now”, thus getting intoxicated in the stimulation of the senses. Their happiness comes from seeing beauty in their eyes, hearing pleasant sound in their ears, smelling fragrance with their nose, tasting delicacies with their tongue, touching things soft and smooth with their hands, and feeling pleasure in their consciousness. In fact, however, obsession with stimulation and pleasure through the eyes, ears, nose, tongue, and otherwise the body and mind often brings infinite suffering. When one sees beauty, compulsion may lead to evil lustful conduct. When one hears criticism and abuse, they may experience discontent and anger. When one tastes food less than desirable, they may get upset. And when one’s mind is obsessed with emotions of greed, anger and delusion, it may further trigger sinful behaviour. Hence, the happiness produced by the six senses is short-lived and has a negative impact. These pleasures, likely to plant evil causes at any moment, will become the source of suffering when retribution befalls the perpetrator.

My friends, life and death are indeed a matter of suffering, and so transcend them is the very goal for all followers of Buddhism. When it says contemplating all sensation as suffering, it is not world-weary or pessimistic, but requires us to face the existence of suffering, understand its causes and actively confront the challenges it brings. When we become tempered through experiencing human suffering, regard it as a life-long test and use appropriate cultivation and methodology to divert it and improve our lot, we may achieve a life filled with gratification and joy.

Contemplating the mind as impermanent

Impermanence is the truth of all phenomena in the universe and in human life, so called because it refers to the fact that nothing in the world lasts forever, and everything is transient, evanescent and changes endlessly. According to Volume 43 of Mahaprajna Paramita Sastra, there are two types of impermanence, impermanence by continuity and impermanence by shifting thoughts. Impermanence by continuity involves gradual change, such as the birth, aging, sickness and death of humans and the germination, existence, decay and termination of things. Impermanence by shifting thoughts, on the other hand, is sudden, abrupt change emanated by our thoughts that arise and dissolve in an instant. Good and wicked conduct, for example, can be prompted with one mere thought.

Contemplate that everything is transient and impermanent, and one will not hold onto the past, cling to the present or harbour delusion about the future.

Contemplating the mind as impermanent helps eliminate people’s attachment to things. Impermanence is what science says about metabolism, implying both renewal and transformation. Let me ask you, if nothing in the world were fluid and ever changing, would there be a way to improve things? Therefore, contemplating the mind as impermanent is telling us that good things may become bad, bad things may become good, and as long as we work hard to improve, we could avert adversity, because since the world is impermanent, there will be no perpetual disaster, nor inextinguishable trouble. Impermanence, thus, brings into human life infinite light, hope and vibrancy.

Contemplating all phenomena as without the self

Contemplating the mind as impermanent, as studied above, observes the world from a perspective of time. All phenomena are fluid and in flux, arising and falling away in an instant, and so nothing is unchanging or eternal. In contrast, contemplating all phenomena as without the self observes the world from a perspective of space. All things come into being as conditions gather and cease when they disperse. Things exist because of the presence of conditions and lean on each other as mutual cause and effect. Thus, all things are without the self, meaning, in a broad interpretation, that they are without an intrinsic, inherent existence.

All sentient beings are deceived by the five aggregates of body and mind. Without understanding this emptiness principle, in their everyday life they cling to things as having a self, an eternal existence or, in fact, a selfish existence, creating a distinction between the self and the other. The mental troubles which this leads to, such as ego-based prejudice, arrogance, delusion and craving, further give rise to killing, stealing, lust, lying, slander, flattery, double-talk, greed, anger, and delusion. These evil acts induce karmic retribution resulting in perpetual transmigration among the six paths of existence. If one observes all their own conduct, speech and thought through contemplating all phenomena as without the self and realizes that the existence of all things is dependent upon causes and conditions and that all things are empty of an inherent nature, they will gradually be able to eliminate obsessions over a distinction between self and other.

Some people, on hearing of contemplating the mind as impermanent and contemplating all phenomena as without the self, may mistake them for being pessimistic, rejecting the world and trying to escape reality. In fact, on the other side of such a world of impermanence without the self, there is a world of permanence and joy with a purified ego, a realm of saints that anyone can attain, called “Nirvana”.