The Joy of Zen 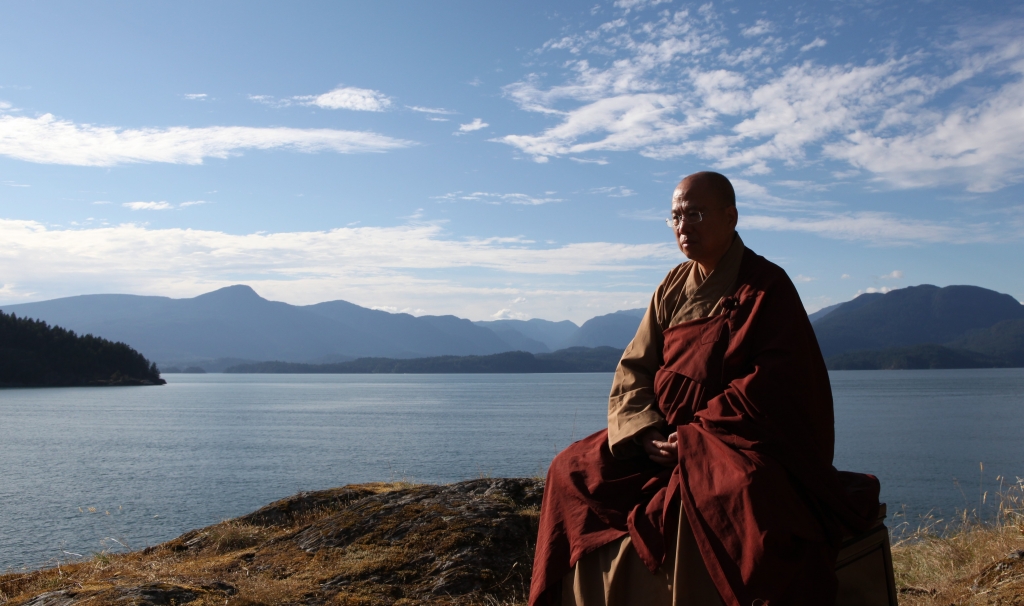 Zen, a school of Buddhism variously called Chan, originated in India but became popular in China. In its evolution, it was initially based on Tathagata teachings, and so in the early days it was known as Tathagata Chan, or Chan through teachings for the mind. Later, it spread eastward to China with the advent of Master Bodhidharma (c. 5th century), where it developed into a distinct sect, known as Patriarch Chan.

Patriarch Chan, typically not taught or practised following sutra teachings, is thus known for being “not set up through the written word but taught outside the doctrine, and pointing directly to the mind, for the attainment of Buddhahood through insight into the nature of the mind”. That said, how could it have carried on with no textual literature to expound it? To counter that, the founding monks of Chan have left behind numerous quotations, which have grown into a vast compendium of written Chan literature, much of it comprising what are known today as koans and discourse topic query exchanges. Here are a few examples:

Koan, a derivative of the Chinese word “Gongan”, originally referred to cases adjudicated upon by Tang dynasty (618-907) government officials. Chan keeps on record words and deeds of generations of venerable monks for use in instructing disciples, and over time many of them have turned into pithy mottoes and maxims. Chan Buddhists believed that these records could inspire thought and are sacrosanct, like decisions made by the authorities, hence the name.

The tradition began in the Tang dynasty, but really became wide spread during Song (960-1279). In all over 1,700 koans have been collected, among them some 500 well known, cited in such Chan classics as Blue Cliff Quotations, Fortress with No Gate, Quotations from Congrong Temple, A Panoramic Pitaka of the Correct Dharma, Records of Lamp Transmission in Jingde Era, Book of the Finger Pointing to the Moon, and The Five Lamps: An Anthology.

It is true that Chan has rules for discourse topic query, but the word or phrase of a discourse topic is not a koan per se. Rather, it is selected and highlighted as the focus of intense verbal query of a particular discourse. Take the case of “Zhaozhou puppy”, associated with Mater Zhaozhou Congshen (778-897) of the Tang dynasty. The first koan in Fortress with No Gate goes,

Monk Zhaozhou, upon being asked, “Do puppies have Buddha nature or not?”

The word “none” here is thus the discourse topic for the Chan query, with all the exchanges around Zhaozhou puppy forming one complete koan.

At the same time, though, is it not true that according to Buddhist scriptures all sentient beings have Buddha nature? Then why did Master Zhaozhou assert that puppies have no such nature? Is that not a contradiction? The fact is, this is where the monk used anti-logic to halt the practitioner’s habitual thinking and their conscious logical reasoning tainted by attachment, to trigger questioning on the part of the disciples and inspire their inner prajna regarding dharmata, the true reality.

The contents of koans are rich and varied, involving incidents of enlightenment, divine magic, verbal and behavioral sharpness and abiding acts, as well as those fabricated by the masters. Below, let us consider two of them.

The “not a word said” koan

Before Sakyamuni Buddha died, Manjusri asked The World’s Great One to preach one more time to all sentient beings. Said The World’s Great One, “Manjusri! I’ve been teaching for forty-nine years, and yet I have never said a word. Now you want me to preach again, but have I ever preached? Not only have I not said a single word, neither have I ever preached.” This koan was given the name “not a word said” at the time.

Buddha, of course, did preach for forty-nine years at over 300 Dharma sessions, but why was “not a word said”? The Diamond Sutra points out, “All the Dharma that Buddha preached is not to be taken directly, nor could it be spoken about. It is not the Dharma, neither is it not the Dharma.” In fact, what Buddha said was about ultimate enlightenment. As sutras say, “Devoid of thoughts with minute differences, it shines on the nature of the mind, named ultimate enlightenment.” However, without fine distinction and differentiation in thinking and conception, how could the Dharma be explicated in words? The in-dwelling Buddha nature of all beings, as it turns out, is beyond words, there being utterly no difference between what can be said and what is said. Thus, it is indeed unspeakable. And when preaching, the awakened speaks totally devoid of any form. Hence, “not a word said”.

The koan of Master Danxia burning a Buddha statue

When the monk Danxia (739-824), another master of the Tang dynasty, lived at Huilin Temple and it was freezing cold, he did something inconceivable, using a wooden Buddha statue for firewood to keep warm. And of course, the fellow monks accused him of gross irreverence. Danxia said, “You are all wrong! I am not sacrilegious to Buddha. Instead, all I wanted was to burn the statue for the sarira, or ashes of Buddha, so I could pray to it.” The other monks retorted, “How could one get Buddha sarira by burning wood?!” Danxia replied, “There! As you know that the Buddha statue is a mere wooden figure, why do you accuse me of blasphemy?!”

Certainly, clinging to Buddha’s wooden figure is idolatry, confusing it for the truth of the Dharma. If Buddhists seek the Dharma in this manner, then the more they do so, the clingier they get.

When people come to ask questions about Buddhism, if one used words to explain, then they would become his own knowledge and part of his own clinging to the Dharma. On the other hand, if he used no words, then he would have nothing to offer, and that is when koans become an ideal tool for Chan discussion and debate. In actual practice, however, Chan does not make too much of a distinction between words and no words in discourse. It considers all encounters as opportunities for Chan cultivation, from eating meals and drinking tea, to carrying water and fetching firewood, to greeting guests and welcoming them.

A method famously developed and promoted by Mater Dahui Zonggao (1089-1163) of the Linji chapter of Chan during Southern Song proposes to pick out the key term or phrase of a koan as the focus of one’s dogged inquiry, so the practitioner does not have to typically sit and meditate in silence, nor does he have to pursue a specific koan in its entirety. Over time and through careful probing and persistent scrutiny of that key term, the student is able to attain an awakening experience. This approach has become known as discourse topic query.

Some of the most popular discourse topics for meditative query are: What was the true face of an individual before one is born? Does a puppy have Buddha nature? Who is chanting Buddha’s name? All Dharmas go back to one, but where does that one Dharma go back to? The cypress in the front yard, None and so on.

Buddhists at Gaomin Temple in the city of Yangzhou practise discourse topic query every day, focusing their efforts on “Who is chanting Buddha’s name?” At the entrance of the temple is the couplet,

Relinquishing all karma helps query who is chanting Buddha’s name.

But how does one go about querying “Who is chanting Buddha’s name?”

The monk Xuyun points out in Revelations from Seven-day Meditation Retreats, “No matter who is chanting Buddha’s name in our query, the word “who” is the very focus of our meditation and query…… For example, I am chanting Buddha’s name when someone asks, ‘Hey you! Who’s chanting Buddha’s name?’ I reply, ‘It’s me!’ And he asks, ‘So you are chanting, but are you chanting with your mouth or with your mind? If it is your mouth that is chanting, then why doesn’t it chant when you are sleeping? Or if it is your mind that is chanting, then why doesn’t it chant when you are dead?’ That is how we question the question itself, and investigate whatever is questionable, to see where ultimately the word in question comes from, and in very minute ways meticulously ponder over and contemplate it.  This is also the inward hearing and searching for one’s intrinsic nature…… When illusory thoughts appear, I do nothing and ignore them, and naturally they subside. If I persist in querying this key word of the discourse doggedly through introspection, then I will likely succeed.”

As to which discourse topic one should choose for his meditative Chan query, it depends on the practitioner’s aptitude and circumstance. Again during Song, Master Gaofeng Yuanmiao (1238-1295) liked to query the discourse topic “None” as proffered by Master Zhaozhou, but after many years it went nowhere, and so he switched to the question “All Dharmas go back to one, but where does that one Dharma go back to?” He was so focused that he neglected sleep or rest, and whether walking, sitting or lying down he ignored it was day or night. Thus, all his life was filled with his query regarding where that one Dharma goes back to. One day, as he walked past a stupa, he happened to look up and saw the self portrait of a monk with these words in the caption, “After 36,000 days in 100 years, it all goes back to this dude!” All of a sudden, his questioning went away and he experienced enlightenment right there and then.

Devoted readers, whichever school or approach of Buddhism you are practising, it is connected to Zen. Zen is everywhere, and it is everything, for it is the access to the mind. Direct Talk of the True Mind says, “The mind is the ultimate source of every individual and enlightenment of all Buddhas. It is where all Dharmas reside and 84,000 Dharma approaches arise.” We may as well take the time to practise Zen cultivation, so that we will be able to not only delve deep into Buddha’s prajna, but add to the true joy of living.