The Poems of Zen 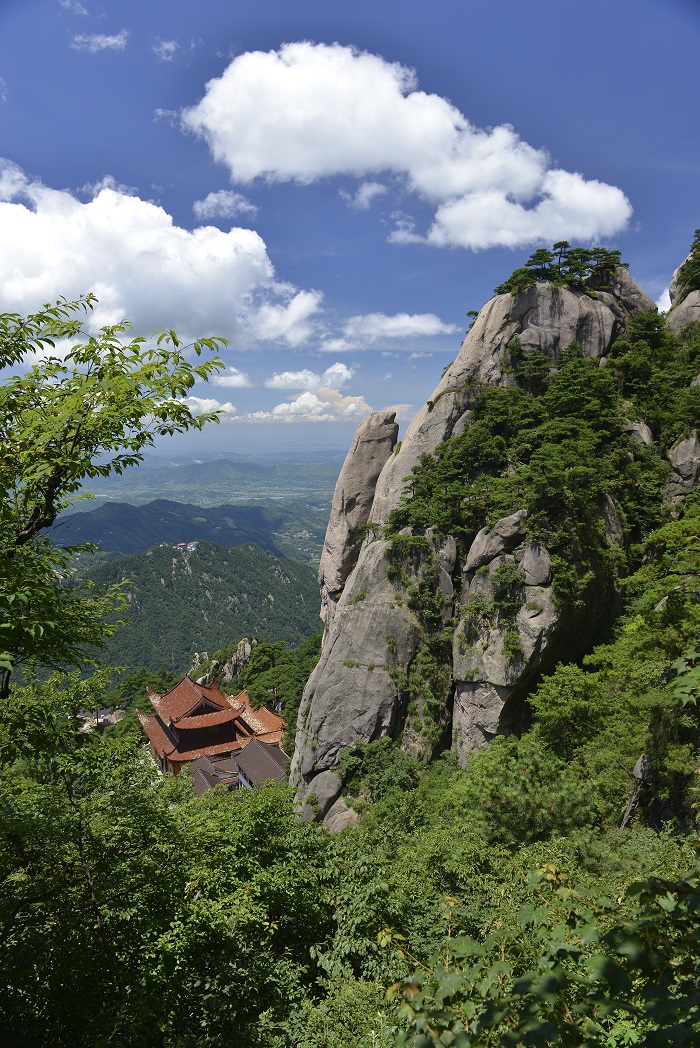 When practitioners of Zen (or Chan), reached a high level in meditative contemplation, this state cannot be expressed in words, nor is it possible for ordinary people to gauge or think about through mental acuity. Buddhist scriptures sometimes describe this state as “it is where words and stream of thoughts ceased to function”. Once they attain enlightenment, their perception and understanding have exceeded the realms of speech and consciousness. Their hearts are joyful, and their literary wisdom overflows from a hidden spring, enabling them to render their attainment in meditation in poetry. For this reason, there is a large collection of Chan Buddhist poems.

On the surface, Buddhahood and poetry seem to be distinct from each other and unrelated. Buddhahood belongs to religion, while poetry belongs to literature. In terms of content, the former is the result of awakening to the truth of life and the universe, leading to liberation from the suffering of death and rebirth and attainment of the supreme bodhi, whereas the latter expresses the feelings of lived experience, aspirations from observing objects, and delight with a joyful mind. However, their connotations can often and do contain and even embrace each other. This is because both arise from deep personal experiences that flow from the mind. Therefore, poets have this saying, “Poetry adds flowery embroidery to the Chan cultivator, and Chan is the poet’s jade cutter”.

Chan poems, or unworldly poems, when compared with their worldly counterpart, make the reader feel more relaxed and serene. Why? Because since ancient times, Chan masters have typically chosen to practice on uninhabited mountain peaks. Thus, most of the poems about mountain life that they create are deep in meaning and elegant in style, involving a range of natural objects such as the moon, breeze, white clouds, green hills, ageing or ruined temples, verdant pine trees, ancient cypresses, tranquil valleys or quiet brooks. None of them has been contaminated by the mundane world or entangled in the clamour of secular exchanges. In this regard, here are two Chan poems I have chosen to share with readers.

Among a thousand peaks is a lone Buddhist temple.

Coming to such a place a poetic connection I do compel.

In the tremoring trees by the stream down a monkey moves.

Coming through clouds is tin clinking and a monk arrives.

The cold shadows of pines and the moon fall on the rock wall.

Tomorrow I may even chase the clouds high into the sky.

In leisure, I vow to stay with misty haze till ages go by.

This poem was written by the Chan master Leng Ran during the Tang dynasty (618-907) when he had a brief stay at Huacheng Temple on Mount Jiuhua.  Situated in Qingyang county, Anhui province of eastern China, the mountain is known to have ninety-nine peaks, of which nine stand like the petals of a lotus flower. The scenic mountain is filled with unique streams, waterfalls, ancient caves and pine trees. In a quiet, pure state of joyful Chan, the master reveals delicate feelings from his heart about mountain dwelling. Compared with life in the hustle and bustle of the mundane world, this type of meditation in pursuit of Chan seems so leisurely, simple yet elegant.

Surrounded by mountain ridges, the temple has a rich feel of purity and solemnity. Does such an unworldly place need any prosaic language in its praise? In this vein, the master says, “Coming to such a place a poetic connection I do compel”, telling himself that he should in fact not have been composing verses here to disturb a serenest environ.

“In the tremoring trees by the stream down a monkey moves. / Coming through clouds is tin clinking and a monk arrives.” No monkeys can be seen at creekside, except for the swaying of the branches when they come down, and neither can monks be spotted, apart from their tin rod as they move. The tin rod that monks use when walking has copper rings, which tingle as the monks move, called tin clinking. The tree branches move beside the stream, and the tin clinking comes out of the clouds on the mountain. The winding stream hides itself in deep rocks amidst thinning misty clouds, and all of a sudden it is filled with a sense of movement in all stillness.

Movement and stillness are two opposing states of phenomena in the universe. Without stillness, no movement can happen, and vice versa. However, when a Chan practitioner participates in what Surangama Sutra refers to as a state where “neither the phenomena of movement nor stillness arises”, the true mind naturally manifests itself. Hence, all static or moving states in mountain dwelling are beneficial karmic conditions for the cultivation of Chan.

“The cold shadows of pines and the moon fall on the rock wall. / The noisy, craggy fountain joins a cascading waterfall.”  In the poet’s mind, the monkey moving down the stream and the monk coming up the mountain both gradually retreat into the distance, leaving him only the scenes of the shadowy moon and pines swaying and the gurgling fountains and streams. The hermit is practising meditation on an uninhabited mountain, which would be something of asceticism for urbanites, but the joy of living in a mountain alone cannot be afforded by materials, nor can it be described in words.

“Tomorrow I may even chase the clouds high into the sky. / In leisure, I vow to stay with misty haze till ages go by.” The master will trek to another peak tomorrow morning, straight up into the sky. This way, he lives in the hazy mist on Mount Jiuhua and spends his remaining years pursuing Chan.

A lone thought in the inner void he does keep.

His body feels like a cold sky with a bright moon,

Leaving nothing but a clear shade over many a river and lagoon.

This poem on mountain life was written in the Yuan dynasty (1271-1368) by the Chan master Zhongfeng Mingben (1263-1323), praised as the Ancient Buddha South of the Yangtze. He liked to build a hut and cultivate Chan on the mountain top all alone, saying thus, “Someone alone sits lotus style amid peaks deep”. The lotus pose is a cross-legged sitting posture for Chan meditation.

“A lone thought in the inner void he does keep.” The poet was practising Linji style Chan, whose followers typically query the one discourse topic “Who is chanting the Buddha’s name?” until no thought exists in order to attain awakening. “The inner void” here refers to the fact that his mind, as vast as the void and as bright as a candle, manifests its intrinsic brilliance without the blowing of karmic wind that entails mental suffering. And with his body like the void where a cold moon hangs high up in the sky, it is utterly spotless.

“Leaving nothing but a clear shade over many a river and lagoon.” At this time, the bright moon in his mind is so pure and immaculate that he cannot but feel that its lucid shadow is cast far and wide over rivers and lakes on earth.

Master Zhongfeng had no fixed home. When someone found traces about him, he would move on to another mountain abode. “If the world knows where I live, I will move my hut deeper into the mountain”, so to speak. He called himself Transient Buddhist, meaning being one impermanent and without a fixed residence. Although this was the case for him, yet he always resided in tranquility both physically and mentally.

Here is another poem by the master about living in the mountains.

Let go of the body and mind and then one has leisure.

In the mountains, live out my ageing years I would rather.

There, no white clouds out of the valley will easily be strewn.

And I will guard the bush fence together with the moon.

The joy of letting go all his body and mind makes him feel complete freedom, and so he decides to age and die on the mountain. Although the master inhabits alone in an otherwise uninhabited place, white clouds have long been his spiritual companion. Being fleeting and yet free and delicate, white clouds symbolize troubles of ignorance that can sometimes be disturbing. However, as a Chan master not entangled by ignorance, he has acquired a deep concentration, and he affirms, consequently, “There, no white clouds out of the valley will easily be strewn. / And I will guard the bush fence together with the moon”.