The Suffering from Association with a Hated One 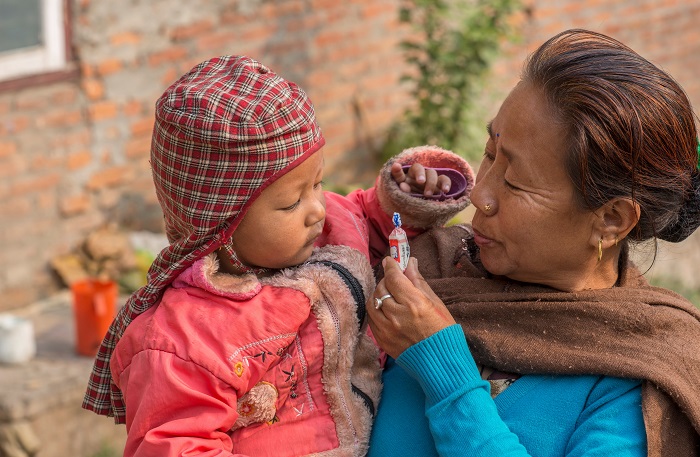 Buddhism teaches us that there are eight types of suffering in human life: birth, aging, sickness, death, separation from a loved one, association with a hated one, not getting what one wants, and the instability of the five skandhas, that is the five aggregates: form, feeling, perception, volition and consciousness.

Someone who do not understand the meaning of suffering from association with a hated one, asked the author for an explanation using examples from real life. The most basic of human associations, of course, are those among family and then in society. Confucius calls them the five cardinal relationships, i.e., between ruler and ruled, father and son, husband and wife, among brothers and among friends. We all associate with one another in this life because of karma planted in previous lives. In other words, everyone else in one’s circle in this life used to know each other in previous lives and may have even lived together. There is this old saying, “You cannot be husband and wife without any previous karma, whether good or bad. And you cannot be father and son without any previous debt, whether owed or owing.” In the same way, ancient sages warned us to be prudent in creating karma. One should cultivate good behaviour by following the basic five precepts and ten wholesome behaviours, so as to, together with fellow human beings, engender causes for benevolent karma and prevent seeds of evil karma.

No husband and wife without karma

Once upon a time, there was a lay Buddhist, Mr Liang, who was honest by nature and followed the Three Jewels with veneration. One day, in a ruined temple near his home, he found an old monk seriously ill. With little donor support, the monk was in dire need of help. So, he decided to take care of the monk, bringing him food and making him medicine soup every day until he recovered. He continued to support him in this way regularly even after the monk got well.

Then, one day, the monk said to the layman, “I am immensely grateful for the good care you’ve given me in the past three years. Now that my order of business here is done, I am going to travel. But since I owe you the grace of saving my life, there is one thing I ought to warn you about, and I hope you will do all you can to remember it”.

Mr Liang replied, “Please be upfront with me. I shall keep in mind all that you teach me.”

Upon that the old monk sighed, saying, “Brother, your wife is someone you murdered in your previous life! She was reincarnated in this life and married you, but she has actually been waiting for an opportunity to avenge her murder”.

Stunned, the layman said, “My wife is so decent and virtuous, and has been most loving and affectionate to me. How on earth could she be the foe in my previous life who has now come to take my life?”

The monk told him, “My worthy brother, let me be honest. My Buddhist practice has reached the level of insight into destiny, capable of knowing the past as well as the future. This is what you should do. Late in this year’s mid-autumn night, your wife will come for your life. You will need to purchase in advance a gourd the size of a human head, and fill it with pig blood. After she is asleep, put the gourd on your own pillow, cover what should be your lower body with a quilt, and then hide in the dark to watch what happens. When your wife is done chopping your head off, immediately clean up the bedding and bury the gourd in the garden. The most important thing of all for you to remember is that for the rest of your life, you must not tell your wife a single thing about this incident. Otherwise, you shall get yourself killed.”

The next day, the monk was off to travel. The layman felt the whole thing dubious, but because it involved his own life, he tried the hardest to remember what the monk had divulged.

When the Mid-Autumn Festival came, the family had a feast, and his wife became drunk. After nightfall, the layman followed the monk’s instructions and did exactly what he had been told to. He hid himself behind the bed with bated breath and kept watching. Late into the night under hazy moonlight, he saw his wife suddenly leaping up from her sleep, picking up a sharp knife and slashing at the pillow of where he was supposedly sleeping. He saw the gourd being cracked by the knife, with its pig blood splashing, and the woman dropping her knife before going back to sleep. The layman was shocked at what he saw but hurriedly cleaned up the scene, and went to bed himself.

The following day, his wife said to him, “Last night I had a horrible nightmare and cut off your head. It was all so scary and weird!” The layman dared not tell her the truth and pretended to laugh it off.

Then, some twenty years had passed when his family became wealthy, and had many children and grandchildren. Thus came his 60th birthday. At the family banquet, when the layman had had a bit too much to drink, he forgot about it all, and sighed and said, “I didn’t expect someone like me to live 60 years. If I hadn’t been warned by an old monk, I wouldn’t have survived until now”. With that, he went on to reveal the sizzling but strange details of the bygone incident that had happened two decades before. After the banquet, relatives and friends left. At night, his wife had the same nightmare and tried to take her husband’s life again as she did 20 years prior. This time, however, the layman failed to take any precaution as warned by the monk, and was consequently murdered by his very own wife.

No debt, no father and son

According to Parables of the Dharma Sutra, once there was a Brahmin nobleman in Sravasti, who was rich but stingy by nature. Whenever he ate, he feared his poor relatives and friends would see their delicacies on their dinner table and become greedy. Afraid that they would come to borrow money from him, he always shut their door tight. One day, he and his wife cooked chicken for a meal, and as they ate, they fed chicken into their adorable son’s mouth, but had forgotten to close the door.

Now Sakyamuni Buddha, who had a karmic relationship with these two Brahmins in a previous life, felt that it was time to convert them, and so he turned into an ordinary monk and appeared at the door. When the Brahmins saw the monk, fearing that he would beg for alms from them, they tried to wave him off.

At this, the monk said, “Your Honour, how foolish you are! What you are doing now at the meal will eventually help kill the father of the family, marry the mother, and support a criminal, but you don’t seem to know a thing!”

The couple, not quite understanding him, asked the monk why he said what he said. The monk replied, “Well, the chicken you are eating is a reincarnation of your father, as he had been both greedy and stingy when he was alive. Upon death he fell into the beasts’ realm of existence and ended up getting slaughtered for food. As to your kid, in a previous life he was your father’s vengeful creditor, and so in this life he’s come to eat your father’s flesh, and eventually liquidate all your assets to pay back what he was owed. Also in a previous life, your wife was your mother, and because she had unfinished love for you, she was reborn to become your wife now. This kind of transmigration is unknowable to fools, and only Buddhists understand things that happened in previous lives.”

Right at this time, Sakyamuni Buddha manifested in Buddha’s body, and used his magical power to make the Brahmins realize their true destiny. Upon that the couple immediately repented and together took the precepts from him. After Buddha preached to them, at once they achieved the status of Srotapanna, or the “stream enterer” in the first stage of enlightenment.

Ladies and Gentlemen, the Collected Writings of Master Yin Guang has this to say, “Ruler and ruled, father and son, husband and wife, brothers and friends, they interact with each other in this life for nothing but one of these four reasons: repaying a debt of gratitude, avenging a grievance, paying off a debt or collecting a debt”. Take the relationship between parents and children as an example. If the children have come into such a relationship to requite a kindness, they will be filial to their parents, in return for the kindness and mercy they received in a previous life. They will probably work hard too in their studies and career to make their parents proud. On the contrary, if they have come to avenge a grievance previously done to them, they will behave in rebellion and not listen to any parental advice, which often brings their parents anxiety and frustration. If the children have come to repay a debt owed, they will provide their parents with money, although they may not necessarily be filial in the meantime. On the other hand, if they have come to collect a monetary debt, they will squander away their parents’ money in compensation for money owed to them in a previous life, and thus they will be rather extravagant and wasteful. In some cases, they may even cause their parents bankruptcy.

Those who have come in this life to continue their karma made in a previous life in the form of either returning a grievance or claiming a debt, will typically bring the type of relentless suffering from association with an unloved one. Buddhist scriptures teach us to deal with such affliction with a mindset that treats endearing and hostile ones equally. That is, based on compassion and mercy, harbour no hatred for an enemy, and be willing to pay back a debt or requite indebtedness. Otherwise, repent for karma made in a previous life, practise the Dharma with diligence, and work hard to do good. In this way, the suffering from association with a hated one is sure to gradually ease off.