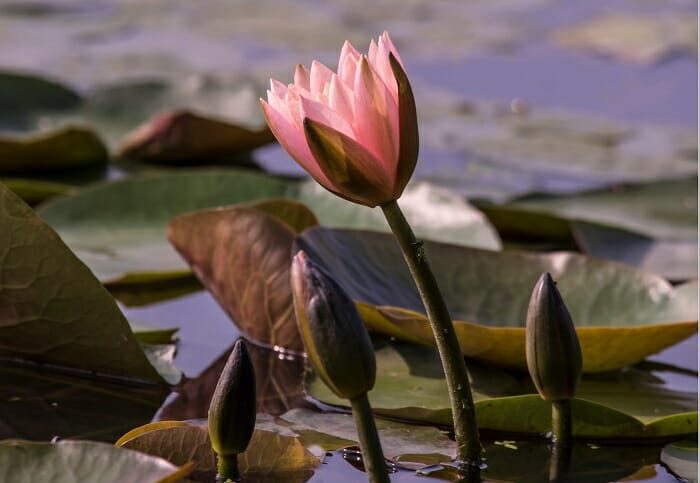 The Dharma is infinitely profound. A novice practitioner, faced with an immense body of the Tripitaka written sometimes in abstruse language, finds it challenging to grasp the key principles of Buddhism. Mention one term, the “true mind”, and you find countless synonyms in the scriptures.

Parinirvana Sutra names it “Buddha nature”, Surangama Sutra simply calls it “true mind”, the Prajna series of sutras calls it “Bodhi”, Avatamsaka Sutra calls it  “Dharmadhatu” or “Dharma realm”, the Diamond Sutra calls it “reality”, the Sutra of Perfect Enlightenment calls it “dharani”, the Pure Name Sutra (a version of Vimalakirti Nirdesa Sutra translated by Xuanzang) calls it “Dharma body”, the Golden Light Sutra calls it “tattva” or “thatness”, Srimaladevi Siṃhanada Sutra calls it “Tathagatagarbha”, and the Treatise on the Awakening of Faith in the Mahayana calls it “Tathata”. Whichever term is used, they are all interpretations given under specific circumstances, as Master Yongming Yanshou (904-975) emphasizes in Mind Only Rhymes, “One Dharma may have a thousand names, all used with particular karma…… If one awakens to a single Dharma, he is perfectly awakened to ten thousand Dharmas”. Although these terms are different, what the various scriptures try to convey is nothing but the way of the mind.

What is the way of the mind? Master Yongjia Xuanjue (665-712) of the Tang dynasty (618-907) in his Song of Enlightenment says it well, “The mind is the root, and the Dharmas the dust, like marks of dirt on a mirror. Light does not shine through until the dirt is gone. Likewise, once both mind and Dharmas are forgotten, what is left is true nature.” If one contemplate on these lines, trying to fathom the way of the mind, the root, dust and consciousness and the interrelation between reality and illusion, and  practise meditation and introspection, they will certainly advance in their cultivation.

“The mind is the root, and the Dharmas the dust” means that illusion and mental attachment are both produced by the sensory organs including the eyes, ears, nose, tongue, body and the mind. The eye is  sight, the ear is hearing, the nose is smell, the tongue is taste, the body is the ability to touch, and the mind the ability to think. These six roots in a human body constantly generate infinite afflictions by clinging to things around them.

The six types of “dust” are collectively called Dharmas, are part of an external circumstance, corresponding to the six types of physical sensation, i.e., colour, sound, fragrance, taste, feel and things perceived by the mind.  Colour is light in different shades emitted from substances and received by the eye. Sound is speech and vibration caught by the ear. Fragrance is the scent of things received by the nose. Taste is the sensation of flavour acquired by the tongue. Feel is the sense of touch received through physical contact. And lastly, dharmas are every thing and phenomenon that is contemplated by the mind.

In this way, a confused mind comes from any of the interactions between the six roots and six types of dust. Like the roots and dust, then, the mind and the ideas it forms are also dust on a mirror that gets in the way of mirroring an image. Hence, these words from the Song of Enlightenment by Master Yongjia Xuanjue, “The mind is the root, and the Dharmas the dust, like marks of dirt on a mirror”.

If one is in illusion, his mind conceives thoughts of greed, anger and delusion, leading to depraved behaviour such as killing, theft, sexual misconduct, lying, swearing, flattery and slander. Consequently, he suffer retribution of the bad karma and stay in perpetual transmigration.

“Light does not shine through until the dirt is gone”, meaning that once the traces of dust from these eighteen fields are all cleared from one’s mind, it is as if the mirror is able to restore its original brilliance. Only then, “once both mind and Dharmas are forgotten, what is left is true nature.” That is, as both the mind and all external circumstance are completely obliterated, the true mind is able to fully manifest itself.

But how could one wipe out his illusion to let the true mind manifest itself? Zen Buddhists employ an “no mind” approach.

Straight Talk about the True Mind written by the Zen master Zhina (1158-1210) lists ten methods in the “no mind” approach. Below are five of them summarized for your reference, as they are easier to practise. It is more appropriate for the starter to practise them in sitting meditation. When they are familiar with the method, they could practise them while walking, standing, reclining or sitting.

First, being alert. The practitioner is always wary of his own thoughts, and once an illusory thought is mounted, he destroys it by being alert. In the meantime, he does not cling to the wisdom of this alertness, thus feeling neither illusion nor alertness. As ancient sages say, “Be not afraid of a thought arising. Be afraid only that one is aware too late. Pursue not the truth, for one needs no more than being alert.”

Second, being restful. When illusion rises, try not to judge but immediately let it rest. Like a flowing stream and moving clouds, let there be no break before you put it to rest. “White clouds move by but the mountain stays put,” say wise men.

Third, eliminating the mind but letting the circumstance be. Let no illusion occur but be alert whatever the circumstance.  This is called “removing the mind but not circumstance” by Master Yixuan (?-866), founder of the Linji School of Chan Buddhism.  That is, erasing subjectivity while letting the non-subjective be, to break all attachment to self and others. As the sages say, “Do not be concerned about ten thousand things, in spite of the ten thousand of things constantly surrounding you.”