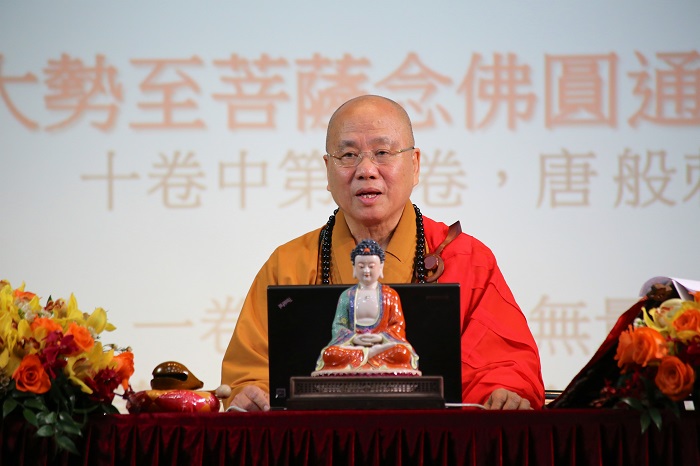 In April 2019, Venerable Guan Cheng, abbot of this Buddhist temple, travelled to Hong Kong to promote the Dharma, holding public lectures and private talks. He discussed burning issues with people from all walks of life relating to their work, family and Buddhist studies and shared wisdom from Buddha. The audiences responded warmly, with over 130 novices committed to the threefold refuge and five precepts at a solemn ceremony that opened up for them a new path towards awakening.

On the afternoons of April 21 and 28, Venerable Guan Cheng delivered two public lectures in a Pure Land Series focusing on An Overview of The Treatise on Rebirth in the Pure Land in the hall of Scientia Secondary School. Jointly sponsored by the Hong Kong Vinaya, Samadhi & Prajna Lecture Hall and the International Buddhist Temple, the lectures were continuous in content and given in Cantonese. Large in size, each drew well over 1,000 people attending, with the help of more than 100 dedicated volunteers.

Sanctioned by leading monks as an accessible system of cultivation leading to Buddhahood, the Pure land’s name of Buddha chanting approach is well suited to today’s society in a dharma-ending age that emphasizes efficiency brings increasing pressure for sentient beings.  In the lectures, the master outlined the theory and application of The Treatise on Rebirth in the Pure Land. In particular, he spoke about moving from conviction to commitment to action, and the gate of five devotions. In addition, he introduced major classics of the Pure Land School, its historical figures and extraordinary cases of achieving Buddhahood.

Each of the lectures lasted three hours, ending with a 30-minute Q&A, when the audience always found there was not enough time for all their questions. The abbot also reminded the audience that after the lectures, following up with personal practice is the most important. He advised them to obtain more information crucial to their cultivation from YouTube, the website https://buddhisttemple.ca or the public WeChat account of the International Buddhist Temple, concerning Amitabha Sutra, The Treatise on Rebirth in the Pure Land, The Gate of Five Devotions, and Ten Questions about the Pure Land. 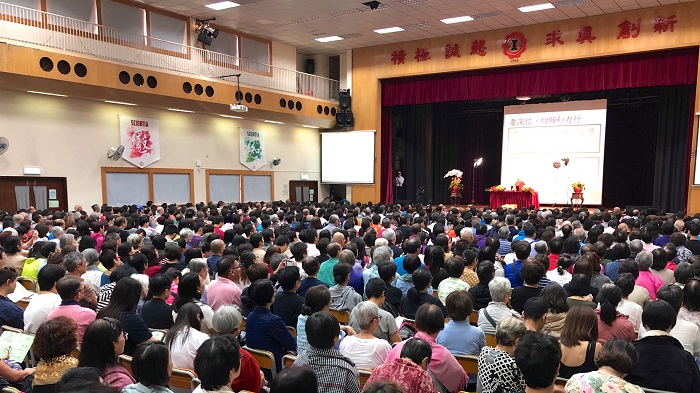 Talks to the Police Buddhist Association

Last year, a Hong Kong Police Buddhist Association came into being, with valuable support from Venerable Guan Cheng. In view of the members of the police department facing mounting pressure from work, a number of officers in active service had started organizing the association, to help colleagues better handle work and family with wisdom from Buddha.

On the afternoons of April 19 and 22, the abbot gave two talks to the association at the Vinaya, Samadhi & Prajna Lecture Hall. Over 50 members attended the talks on Six Profound Entries of Zen Meditation, with particular reference to common problems encountered in police work, family and Buddhist practice. In his teachings and the Q&A, the master helped the members tackle pressure and mental balance with emotional and behavioral adjustment, and received tremendous responses.

The attendees felt grateful for the opportunity to learn from the master and hoped in future to hear more of his teachings. The talks ended with a group photo. 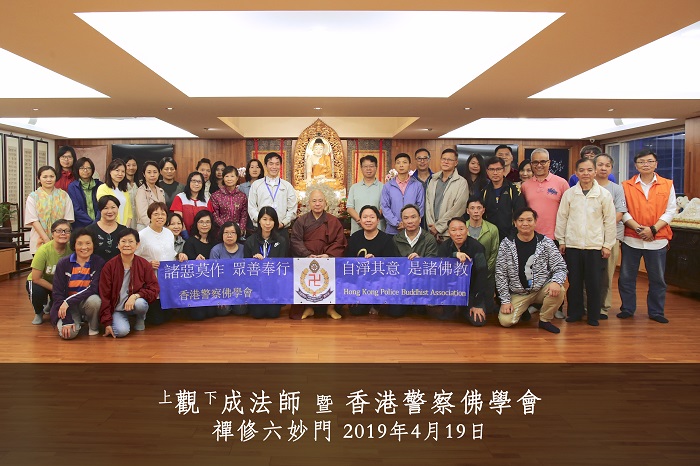 Then, on the afternoon of May 1, Venerable Guan Chen presided over a Threefold Refuge and Five-Precepts initiation ceremony for over 130 novices in the Vinaya, Samadhi & Prajna Lecture Hall. Among them were families with parents and children with the youngest only one year old. Most of them had heard the master during his spring 2019 visit and desired to cement the connection and blaze a new path in life following Buddhism.

In his remarks, the master encouraged all to consolidate what they had achieved so far, continue to practise and strive for enlightenment, and follow through with conviction, commitment and action. At the end, he had a photo taken with the newly initiated followers, and it was a scene of joy. 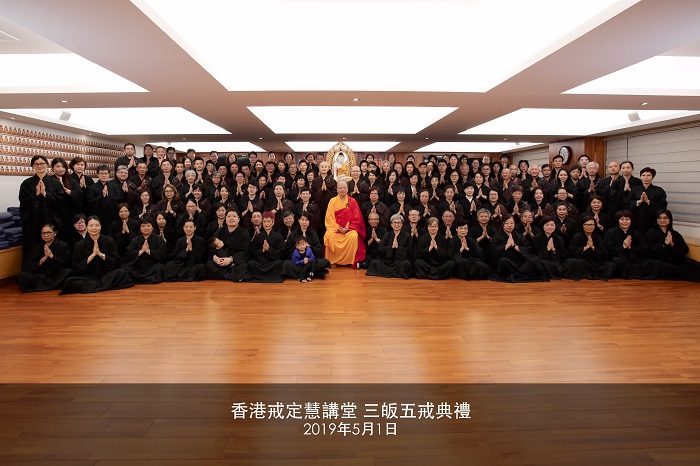