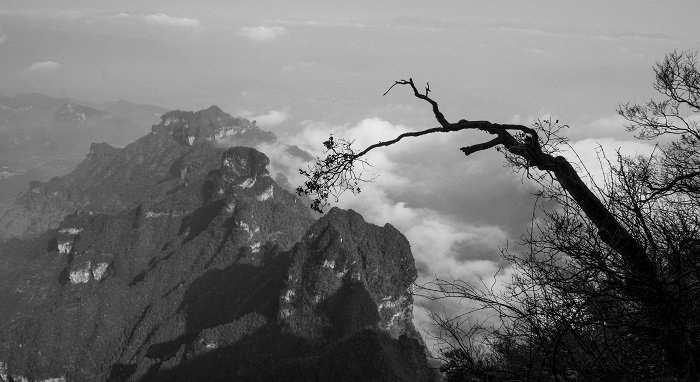 As COVID 19 ravages the world, significantly impacting normal life, everything from social order to the natural and living environment to international travel, let alone family, school, jobs and so on has all been devastated. This is an instance of what we call “impermanence”, and when it calls, we are all caught off guard.

During this time, we have heard news from devotees who have different troubles. One friend, cooped up at home much more than usual like most of us, has had to confront accumulating differences with his spouse, and as things rapidly go out of control, he is now dealing with a divorce. Another member, who had just bought a home, was laid off and is distressed about employment and paying the bills. Still another, with a travel plan wrecked, made blunders while grappling with the unexpected. All this reminds me of the following poem by Su Dongpo (1036-1101):

Akin, possibly, to an eagle treading in snow.

By chance, it leaves a few claw prints yonder.

Then the itinerant soars, not caring where to go.

The poem conveys the idea of dukkha and impermanence in the world, where human life is much like a journey. The traveller, in every leg, leaves an imprint like a flying eagle when it steps on soil before flying on to another locale and leaving more claw prints until, eventually, everything disappears as time ticks by.

The Sutra of Great Buddha’s Eight Revelations says, “The world is impermanent. Countries are perilous and fragile. The body is a source of pain, ultimately empty. The five skandhas are not the true self. Life and Death is nothing but a series of transformations-hallucinatory, unreal, uncontrollable. The intellect is a wellspring of turpitude, the body a breeding ground of offenses. Investigate and contemplate these truths. Gradually break free of death and rebirth.”

Everything in the world is in a state of perpetual change. The success and failure in one’s life, and the thriving or decay of all things are a result of dependant origination, where nothing remains constant. This is what impermanence means. A view of this nature teaches us to cling to nothing eternal.  Still, when impermanence does come into one’s life, how should one face it? Of course, there are many popular ways one can always try, each with its own merit. Some say that I have read a lot of sutras already and know the truth more than anyone else, but when adversity hits, I still feel utterly painful. Why can’t I better handle it?

As mortals, we are like residing in a burning house in the distressing three realms. Indeed it is awfully tormenting. If you wonder where the pain comes from, it is from an excess of desire. But where does the desire come from? It comes from clinging to the self. And while some of the suffering is caused by one’s own greed not being satisfied, some is caused by his inter-personal relationship, e.g. disputes with other people, and some caused when he gets hung up on eternity, or is unwilling to accept change in the world around him.

Obviously, it is always easier to reason than to take action, but why? Humans are more likely to prefer comfort where the going is easy, and when the world around them changes, they push back. For them, a sense of impermanence always seems far away and impersonal, and so no one expects it to befall them. Frequently, one’s distress originates in his clinging to the past or feelings of regret, or to his anticipation and fear of the future. All the same, when we do encounter difficulties, we should really shift our attention to solutions. Since the world is so large where all roads lead to Rome, why not let go of our own bias and attachment?!

People take it for granted that a life that keeps moving forward must be a colorful and exciting one. But in fact, at appropriate moments, humility may render a seemingly regressive life more thought-provoking. As long as one tries his best, he need not cling to the past or dwell in nostalgia. Whether an unaccomplished goal or unconsummated romance, it should simply be let go. Only when all clinging is dropped can one face adversity with resourcefulness and wisdom. And no matter what one does, he needs endurance and perseverance in order to succeed. Overcoming difficulties takes tremendous revolve and fierce diligence, a process which may involve many an untold hardship as well. Yet once the individual gets over them through biting the bullet, all the world will be wide open to him.

Just as I was penning this piece, I heard from a friend that he had moved out and was ready to start a new life on his own. This reminded me of a gatha by Baizhang Huaihai (720-814), “I will stay if there is good karma, and will leave if none. / Either way, just as a breeze sends off white clouds.” Like the Zen master, I wish that my friend would live simply and freely in the present, without anticipation nor nostalgia.

A man’s life goes a mere few decades, and no doubt it is fleeting. It is only an awakening to impermanence that will motivate us to let go of our crippling attachment and live a fulfilling life. Viewed this way, impermanence contains nothing but infinite hope and dynamism, and brings to us the most practical truth. Once you appreciate impermanence and non-self, you will begin a process of enlightenment, embark on a journey of cultivation according to the Dharma, and gradually be capable of transcending the transmigration between life and death. All in all, life is similar to a voyage, where individual humans arrive and depart in a hurry. And in a world where it reigns, impermanence enables the wise to realize that human beings need not only heartily face life, but also diligently follow Buddhism so that they may redeem themselves as well as their fellow beings, and that they will not have this sojourn of a life time spent in vain.