Zen and Pure Land: A Most Amazing Cultivation Approach 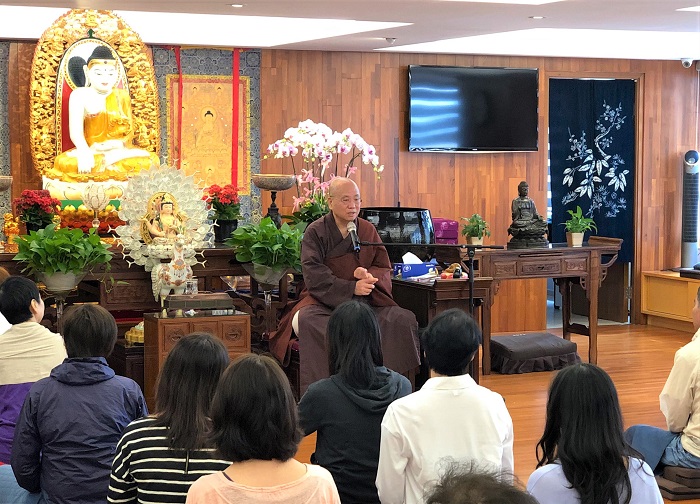 For centuries, the mainstream practices of Chinese Buddhism have been meditative Zen and chanting Buddha’s name. There are followers who practise both, and the approach is known as “dual cultivation of Zen and Pure Land”.

What do Zen and Pure Land mean? Zen, or Chan, is an abbreviated transliteration of the Sanskrit word Dhyāna, which means training of the mind through meditation, known as samatha and vipassana, i.e., serenity and insight. Commonly referred to simply as medication, it involves the mind concentrating on and contemplating one object through conscious, deliberate suppression of mental defilement to detach and purify the mind’s awareness. Buddhists make use of Zen to nurture serenity and insight for the attainment of Buddhahood upon seeing one’s own innate Buddhahood. On the other hand, the Pure Land approach is through reciting Amitabha Buddha’s name with sincere devotion and piety to eliminate demonic mental contamination of greed, anger and delusion, and at the same time avowing for rebirth in the Western Paradise known as Pure Land. Thus, it is also called the Buddha’s name recitation approach.

How does one go about the dual cultivation of Zen and Pure Land? Let us first consider Zen. Beginners should start with meditation to practise “entering quietude” and achieve “supreme quietude”. From there one goes on to “emptiness of the body” and “emptiness of the mind”, and onto the selfless state of “tranquility”. Advanced Zen practitioners may “grow wisdom from stabilization, and eliminate delusions with wisdom”, and finally come to the fruition of “revealing the truth while gaining the grand bodhi”. Therefore, says The Lotus Sutra, “If one sits still for a while, it is meritorious than building innumerous pagodas. For pagodas will turn into dust after all, but a moment of quietude of mind may spring enlightenment”.

People today invariably live a busy life, with a lot of mental stress. If one can spare some time every day for meditation to relax and calm down, and set the mind free from things mundane, it may help relieve his stress and restore energy for the body and mind.

Most people have work to do during the day, so they can meditate at home in early morning or at the end of the day. The place should be comfortable, quiet and well-ventilated. One can sit cross-legged, or better, in a padmasana pose, commonly known as the lotus position, and for those who cannot, simply sit with their feet down. When sitting in meditation, one must rein in illusory thoughts and settle the mind on one object. For example, in querying “Who is chanting Buddha’s name?” beginners may try to meditate twice a day, each time for fifteen to thirty minutes. Meditation may help develop the mind, enhance memory and other brain faculties. It is, of course, at once a unique recipe for cultivating the body and mind, but one has to practice it to appreciate its benefits.

Next, in reciting Buddha’s name, the most important thing is to have sincerity, concentration and perseverance. Sincerity is honesty, piety and single-minded faith. Concentration is the focusing of thoughts and undivided attention on one single object. Perseverance means dedicated, constant thoughts and action day after day, year after year, for instance, continuous, silent recitation when eating. Accomplished Pure Land practitioners are able to continue their reciting of Buddha’s name subconsciously in sleep. And given sufficient faith, will and action, when one’s lifespan reaches the end, as long as “one’s mind is not upside down, and neither is it chaotic” while continuing to chant the sacred name of Amitabha, he will get to be reborn in the Buddhist Kingdom of the Pure Land, where he becomes a Buddha with further cultivation under the blessing and teaching of Amitabha, the eponymous deity.

In comparison, Zen Buddhism is an approach that largely relies on the strength of the individual practitioner. It’s easy for the practitioner to be awakened if he is young and energetic, has deep roots of wisdom and applies himself assiduously to querying and cultivation. Pure Land Buddhism, however, relies more on Buddha’s power, an approach in which “one prostration in worshipping Buddha extinguishes innumerable sins, and one chant of Buddha’s name brings boundless blessings.” It can be seen, thus, that it has genuine and pervasive benefits. What is more, relying on Amitabha’s great mercy and aspiration enables the devotee to be forever free from the suffering of transmigration. Consequently, the chanting of Buddha’s name as an cultivation approach is really simple, practical and straightforward. In the present Dharma-ending era, practitioners as a rule have shallow roots of wisdom with few merits, and so Pure Land Buddhism has come in as a very viable approach.

The two approaches of Zen and Pure Land have different emphases on cultivation, yet if the two are practised side by side, they reciprocate and complement each other. Now my analysis is as follows: First of all, Zen meditation well complements recitation of Buddha’s name, as it trains power of the individual by focusing the practitioner’s mind and consciousness, and increases one’s concentration and meditative insight. As a result, having meditation as a foundation, it is easier to concentrate when reciting Buddha’s name, and when combined with sincerity and perseverance, there would surely be accomplishment by chanting Buddha’s name. And secondly, if the person reciting Buddha’s name does not possess a deep understanding of the Dharma and cannot act accordingly, he may still have a considerable amount of clinging or entanglement in handling things and people. Zen meditation, however, focuses on “emptiness” and on change of mentality. In consequence, it provides apt assistance in removing entanglements and attachments.

On the other hand, those practise Zen meditation do well with recitation of Buddha’s name, too. As Zen meditation depends on the strength of the practitioner himself, if his negative karmic force is significant and his arrogance serious, they are to hinder his progress and may even lead him astray. Yet if, at the same time, he practises reciting Amitabha Buddha’s name, he will receive added blessings from Buddha’s power that eliminate sin and increase merit, which naturally moves him along the right path without the risk of him getting lost. In addition, emptiness being the focus of Zen meditation, if one does not understand emptiness deeply, misunderstanding and arrogance may arise for him to disregard anything and everything, thinking erroneously that he has absolutely no attachment. This will not only impede one’s cultivation but give rise to sin and defilement. Indeed, Buddha‘s name chanting focuses on “existence”, while being pious, humble and disciplined helps avoid this mistake. In this respect, the Zen Master Yongming Yanshou (904-975) of the Song dynasty has given us the most lucid verse, “If one combines Zen and Pure Land, he is like a horned tiger. A teacher in this world, in a next life he becomes a Buddha”. The synchronous nurturing of Zen and Pure Land is, undoubtedly, a most extraordinary approach.