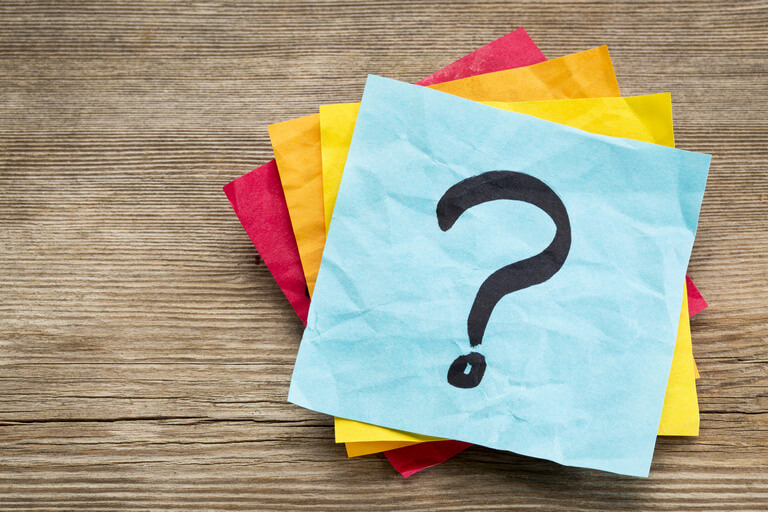 I was recently approached by a layperson, who told me she had been struggling with doubt in her practice since starting on the path a few years ago. She was born to a Chinese Buddhist family, but being raised in the west, and with a deplorable habit of suspecting almost everything she could be suspicious of, she found it really difficult to insulate her practice from her persistent skepticism.

In spite of her shortcoming, which is not unusual today in the age of modern secularism, she was particularly drawn to the Medicine Buddha Sutra and would recite it almost daily. As she later revealed, there was one phrase in the sutra which constantly challenged her to her core. Every time, when her eyes would try to gloss over that sentence, the words would spring out at her like a prematurely released jack-in-the-box. She would go on to reluctantly read, one must “single-mindedly recite and hold fast to [the name of the Medicine Buddha] without harboring even a single trace of doubt”. Not even a single doubt? Not one? You must be kidding. To her, this was next to impossible. So as she felt the heaviness of her spiritual lifting become more and more unbearable, she came to me asking for my advice.

In the Buddhist practice, prima facie, doubt is often understood to be a negative mental quality. In the Pali Canon, it is described as being one of the five hindrances that impedes one’s progress on the spiritual path. The word for doubt, in Pali, is Vicikiccha (Sanskrit: Vicikitsa). For Mahayana practitioners, it is described as one of the six root unwholesome mental factors that derails the practitioner’s hopes of making progress on the Bodhisattva path, along with greed, hatred, delusion, pride and evil views (Chinese: 貪、瞋、癡、慢、疑、惡見).

The Buddha, in the Samyutta Nikaya, likens doubt to “a bowl of water stirred up, turbid, muddied, & left in the dark”. Any man who sees his reflection in this water cannot see his true reflection. In the same way, when one is overcome with doubt, one does not clearly see his true nature. But this interpretation presents a classic problem of the double bind. In order to overcome doubt, one must see the truth. But in order to see the truth, one must overcome his doubt. How are we to reconcile these two opposing demands? Let’s first explore a little more into what we really mean by doubt.

The Great Investigator of Truth

As science and technology continue to be the touchstone for human progress in our modern age, religions like Buddhism have gained a significant following because like science, it rejects blind faith in established doctrine. The Buddha, in many of his discourses, strictly admonishes his disciples not to take his word as being the truth, but encourages them to question and investigate the truth until it is seen clearly for themselves. This critical approach towards salvation sets itself firmly apart from the Abrahamic religions like Judaism, Christianity and Islam, which maintain that salvation is possible only through unquestionable faith in God.

In the Buddha’s Words, Bhikkhu Bodhi explains, “[Buddhism] does not demand faith in authoritarian scriptures, in divine revelations, or infallible dogmas, but invites investigation and appeals to personal experience as the ultimate criterion for determining its validity”. Therefore, rather than relying on the authority of the Buddha’s doctrine as the basis of our beliefs, we should use our direct experience to validate his teachings. But this invariably leads us to the question: if we cannot verify the teachings by our direct experience, does that mean the truth of the teachings should be invalidated?

Doubt, when used properly, can serve as the supreme liberator of our fallacious views and assumptions. It widens our horizon of understanding of what is possible and unveils our eyes to the truth that is obscured by our deeply-held prejudices and beliefs.

If a facetious friend told you that there are Demodex mites living on your face, would you believe him? It’s probably not something you could verify by direct experience – you certainly can’t see them, feel them or touch them with your raw senses, but is that sufficient to invalidate his claim? With some effort, you would go and find yourself a microscope. Only when examined under a microscope could you confirm that he was right – there are actually many eight-legged creepy crawlers prancing on your face right now!

Though much less disturbing, the same applies to the Buddha’s teachings. We are not able to discredit them simply because we can’t presently experience the truth as revealed to us by the Buddha. True Dharma cannot be fully experienced on the mundane level of our basic senses. Unlike the physical sciences, it cannot be tested empirically because it goes beyond the world of our sensory experience. Neither can it be arrived at by logical analysis nor intellectual thinking. In order to realize what the Buddha discovered, we must validate it through a process that involves a special kind of effort, similar to using a special apparatus like a microscope to see more deeply into the true nature of things.

The DIY to Enlightenment

The Buddha sets out the instructions in his discourses for realizing these extraordinary states of mind that lie beyond the spectrum of our ordinary, mundane experience. While his discourses abound in various methods for achieving these transcendent states, one of his essential teachings is the satipatthana (four foundations of mindfulness), which train the practitioner, through mindfulness on the body and mental processes, to directly witness the qualities of impermanence, suffering and non-self that characterize all conditioned phenomena.

But let’s be realistic. In the onward rush of our modern urban lifestyle, people can’t seem to spare any time away from the office or from their kids, not to mention devoting countless hours on the cushion trying to get to these transcendent states. Unless we all give up the lay life and become monastics, we aren’t likely going to achieve these extraordinary experiences anytime soon. So if direct experience isn’t a possibility for us at least for the time being, how can we cope with the crippling doubts in our practice that sap our energy away like bloodthirsty leeches?

The More the Merrier

The good news is you don’t have to get rid of your doubts. All you have to do is change the quality of them. There is a famous Zen saying that goes like this: “Great doubt, great awakening. Little doubt, little awakening. No doubt, no awakening”. Doubt, when used properly, can serve as the supreme liberator of our fallacious views and assumptions. It widens our horizon of understanding of what is possible and unveils our eyes to the truth that is obscured by our deeply-held prejudices and beliefs. The famous modern philosopher, Bertrand Russell, described the importance of doubt in Philosophy when he said, “[It] enlarges our thoughts and frees them from the tyranny of custom…it removes the somewhat arrogant dogmatism of those who have never travelled into the region of liberating doubt”.

As Russell and other great philosophers before him, including the Buddha, have put it, true doubt is liberating, not inhibiting. It uproots our false conceptions that originate from the distorted views brought on by our senses and the habitually misleading beliefs of our time. But to bring on such a transformation requires immense courage and tenacity. It requires taking a leap of faith into the unknown, a willingness to step outside of the concerns of the ego to rigorously challenge our fundamental views and biases. Sounds great, doesn’t it? The problem though still remains. How can one, who is still wallowing in the depths of debilitating doubt, elevate the quality of his doubt to such liberating heights?

It is by adding more manpower to the liberating force of doubt that the habitual patterns of the ego can be subdued.

We must first know how to differentiate between debilitating doubt and liberating doubt. Debilitating doubt is the wavering uncertainty that the Buddha describes as a hindrance to the path. It is doubt sullied by the ego. It cares only to satisfy its selfish wants and desires, with no regards for seeking any real truth. For those who practice and believe for obtaining benefits or blessings, i.e. good health, prosperity and longevity, even when it’s not for yourself, this is the kind of doubt you are bound to run into when things turn awry. Debilitating doubt is also related to the self-doubt that can seep into the practice when the ego steps into full clinging mode, when one needlessly compares his practice with others or gets hung up with roadblocks along the way. When one is wrapped up in this doubt, it leads to inaction and giving up. His doubt renders him incapacitated and if nothing is done to treat his illness, he abandons the path there, like a fallen corpse left to rot in the cold forest.

On the other side of the divide is liberating doubt. Liberating doubt is upbeat and adventurous. It invites action and a readiness to explore unknown territory. It seeks to investigate and understand what it sees unsullied by the concerns of the self. This form of doubt often wants to be bossed around by the ego, especially when their views diverge and the ego’s ways are being challenged. There is often a fierce tug-of-war that takes place when the ego wants to hold on to stale, fixed views while the doubtful liberator seeks to break out of the old mold. In these tense situations, the solution is often to expose the ego’s folly by intensifying one’s uncertainty about the realness of what he sees. It is by adding more manpower to the liberating force of doubt that the habitual patterns of the ego can be subdued.

Doubting Your Way to Freedom

Understanding the difference between debilitating doubt and liberating doubt provides us with some preliminary insight into the qualities of doubt that must be developed on the spiritual path. In many ways, one can say that the quality of one’s doubt is directly related to the quality of one’s wisdom gained. Therefore, one must conscientiously and ardently nurture the qualities of liberating doubt if one wishes to free his mind from the limiting conceptions that bind him to his sufferings. It is also the way that one resolves the double bind problem. When doubt is seen through the eyes of liberating doubt, it no longer needs to be overcome. Rather than being an obstacle on the path to pursuing truth, it becomes a companion along the journey that encourages one to question and cast away his constricting beliefs and venture into the liberating world of the unknown.

Now, whenever my Buddhist friend recites the Medicine Buddha Sutra, she no longer gets jarred by the words, “not a single trace of doubt”. Doubt is fast becoming the bone and sinew of her practice, for she now knows that without doubt, there is no awakening.