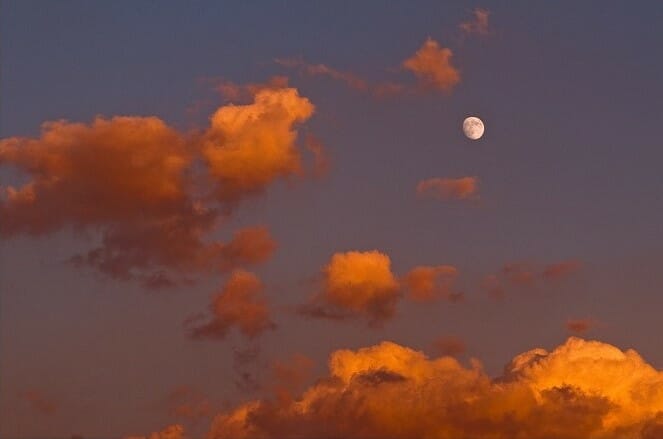 Three principal aspects of Buddhism, called the Three Dharma Seals, are meant to clearly distinguish it from non-Buddhist teachings: that all things are impermanent, that all things have no inherent existence, and that Nirvana is perfect quiescence. The amount of writings about the Dharma is vast, but they are all based on at least one of these Dharma Seals.

What is a Dharma Seal?  A seal, in ordinary usage, is a stamp affixed to official documentation proving its authenticity. Dharma is a name for the teachings of Buddhism. A Dharma Seal, then, is a standard used in judging the authenticity of a certain Buddhist teaching or practice. If a philosophical or religious teaching or practice conforms to one or more of the Three Seals, it is part of the Dharma. If it is contrary to any one of the Seals, then it is not accepted as part of the authentic Buddha Dharma.

To start off, what does it mean to say that all things are impermanent? “All things” include all entities, events and activities that exist or happen in the world and are dependent upon karma. “Impermanent” means that everything in the world begins when karmic conditions gather and ends when they disperse and thus all things are in constant, endless change, moment to moment. According to Volume 43 of The Treatise on the Great Virtue of Wisdom (Mahaprajnaparamita Sastra), there are in fact two kinds of impermanence: continuous impermanence and instant impermanence.

Continuous impermanence is gradual change, such as what takes place in the processes of birth, sickness, ageing and death of humans and other sentient beings, or in the four phases of formation, existence, decay and extinction of all insentient things. Gradual change can spread to infinity. Buddhism uses kalpa as a unit for a very long time, measured in minor, medium and major kalpas: a minor kalpa is equivalent to 17 million years, 20 minor kalpas constitute a medium kalpa, and four medium ones make up a major kalpa.

Instant impermanence, on the other hand, is sudden, abrupt change, meaning change comparable to the arising of an idea from one’s mind in an instant, which could be an extremely brief period of time, as short as seventy-fifth of a second.

References to that “all things are impermanent” are found everywhere in Buddhist scriptures. For example, The Diamond Sutra says, “Everything dependent upon karma is brief, like a dream, bubble, dewdrop or flash of lightning. And indeed it should be regarded as such”. This gatha clearly points out that all things in the world, like dreams, bubbles, dewdrops or flashes of lightning, are fleeting and impermanent. As such, reality is illusory and not something to hold onto. Thus, everything in the world is in a process of formation, existence, decay or extinction.

What, then, is meant by “all things without inherent existence”? Here, unlike impermanence, “all things” refers to anything and everything, no matter they are dependent on karma or not. Literally, this Seal means all things without “me”, where “me”, the self is defined as an independent, autonomous and permanent entity. Therefore, “all things without me” means that all things, whether conditioned or not, have no fixed, autonomous, unchanging and eternal self. This principle is also known as nonexistence of the self.

Since all Dharmas have no self, nonexistence of the self leads to dependent origination and emptiness of nature. Specifically, in Buddhism, all phenomena in the world are a result of karmic conditions. Of all things, from stars and planets in the universe down to dust and bacteria around us, none exists independently of karmic conditions and none lasts forever. Mortals, ignorant of this vital principle, hold onto the proud “I”, and succumbing to greed, anger and delusion, they commit karma that causes affliction and suffering, which land them in perpetual transmigration.

Finally, what is meant by “Nirvana is perfect quiescence”? Nirvana, a word from Sanskrit, translates as “extinction”, implying the elimination of all troubles and transcendence from life and death. The Nirvana Sutra says, “Destroying all mental troubles is called Nirvana”, which, in Samyuktagama Sutra, is described as a state where “all greed, anger and other troubles are eternally eliminated”.

As for quiescence, it means a lack and inactivity of pain or trouble, hence a state of Nirvana. Saints who have achieved Nirvana, such as Buddha and the arhats, have attained the truth of life and the universe. From this shore of reincarnation, they have crossed over to and reside on the other shore of enlightenment.

Nirvana, thus, is something the saints have attained in a realm beyond this world. However, what it is really like is not what we could fully understand or experience. Chapter II of The Lotus Sutra says, “The dharma which the Buddha has accomplished is the utmost fascinating, only Buddhas can thoroughly realize the real nature of all Dharmas.”  Worldly folks do not truly know what Nirvana is, just as a blind person has no inkling what colour is. Meanwhile, saints, out of compassion, use metaphors nevertheless in their writings to explain Nirvana.  It is like pointing to the moon (nirvana) with a finger (elaboration).  They do it to give guidance to the mortals in their spiritual cultivation so that they too can attain nirvana.

To sum up, the Three Dharma Seals mean: (1) all things change and morph, and nothing is eternal in this world, it is “all things are impermanent”; (2) nothing in this world exist independently, everything arises when conditions gather and eliminates when conditions disperse, it is “all things without inherent existence” ; and (3) when one follow the Buddha’s teachings, attain enlightenment and  all afflictions are eliminated, one transcends life and death, have no sufferings but only eternal bliss. This is the “perfect quiescence of Nirvana”.