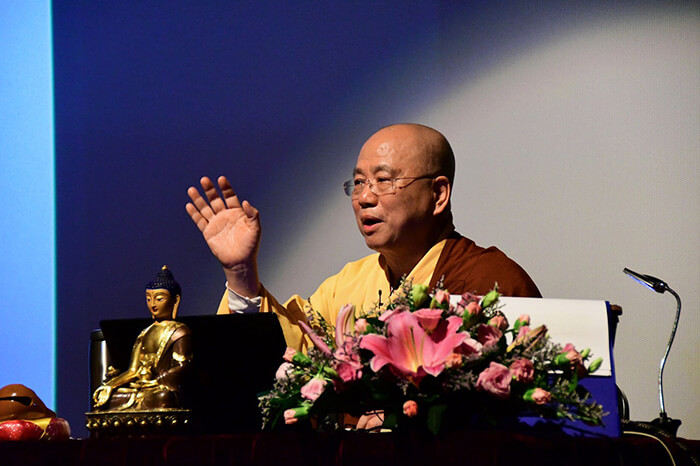 In March 2018, Venerable Guan Cheng attended several events in Hong Kong to promote the Dharma with the launch of his new book, The Verses Delineating the Eight Consciousnesses – An exploratory study of the consciousness-only theory. His visit was well received with warm responses by the people of Hong Kong in different walks of life.

On three consecutive nights from March 13 to March 15, Venerable Guan Cheng delivered a public lecture on The Verses Delineating the Eight Consciousnesses at the Hong Kong Polytechnic University Jockey Club Auditorium. It was co-hosted by the bi-weekly magazine Buddhist Compassion and the Vinaya, Samadhi & Prajna Lecture Hall. Among the over 3,000 that attended, many were professors and lecturers from the academic and cultural circles. 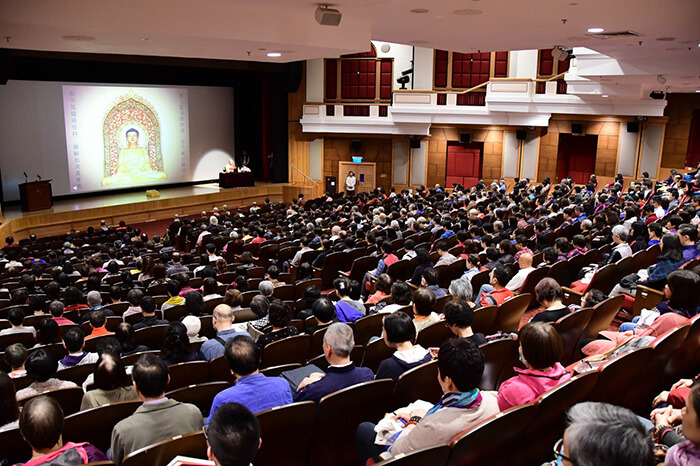 This public lecture goes back to the Buddhism Column on The Verses Delineating the Eight Consciousnesses which the master has been writing. The Verses Delineating the Eight Consciousnesses is an outline of the consciousness-only theory. It has 48 verses and each of them contains seven characters. Meant to be an aid for those studying the theory, it urges the reader to cultivate the mind, yet the terms it uses are somewhat abstruse and hard to understand. The Venerable adopts clear, easy-to-understand language to explain the esoteric concepts and to help people in their learning of Buddhism.

For two years the master has been writing his popular column in the Buddhist Compassion magazine, and recently his writings have been compiled into a new book. The public lecture at the Hong Kong Polytechnic University worked in collaboration with the launch of his new, 120,000-character book, The Verses Delineating the Eight Consciousnesses – An exploratory study of the consciousness-only theory and sold over 800 copies on the spot. Through the public lecture and book launch, Venerable Guan Cheng interacted with the audience as well as the public to increase their mutual understanding in the study of the Dharma. 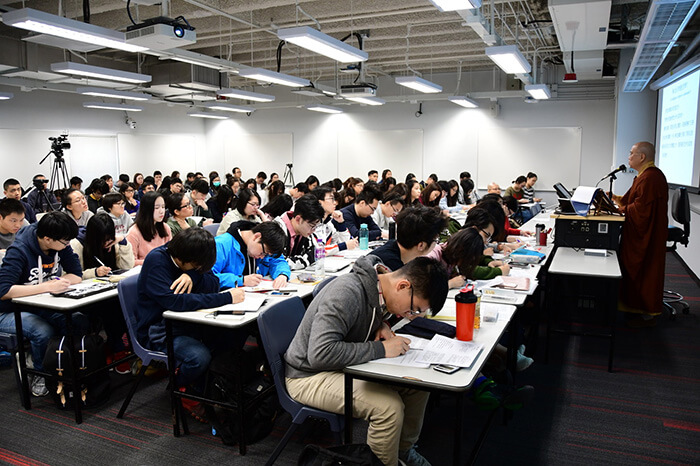 Afterwards, on March 22 and 27, the Venerable was invited by the Hong Kong University of Science and Technology to lecture on exploring the consciousness-only theory. The two-part lecture was one of the components for a religion course as a minor elective. It received overwhelming responses from the students.

On March 25, Venerable Guan Cheng presided over a conversion and initiation ceremony at the Vinaya, Samadhi & Prajna Lecture Hall. Among the over 90 people who took the vows for the Three Refuges and Five Precepts, the youngest were a two-year-old girl and her brother, an eight-year-old boy. Starting to follow Buddhism early brings superior karma into one’s life and all attended were filled with joy and gratitude. 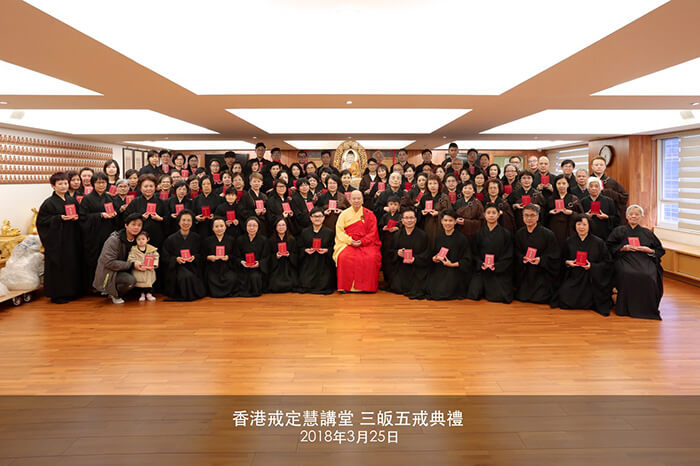