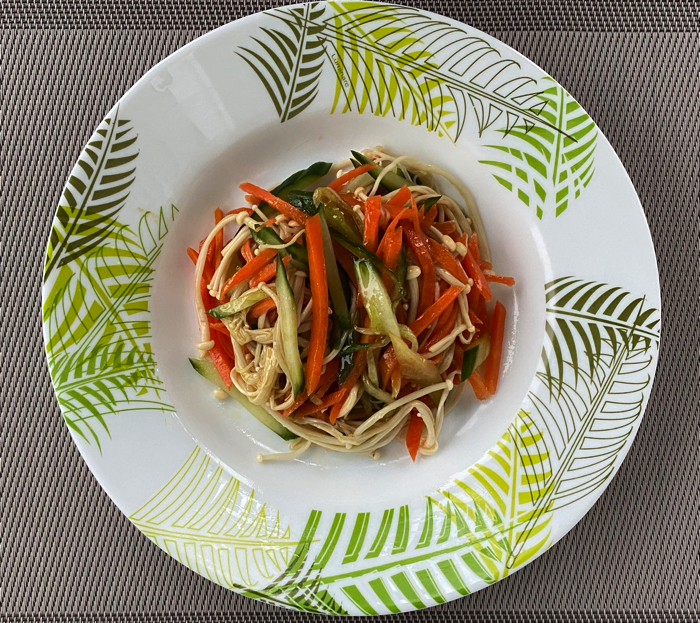 Can add chili oil to taste as desired.